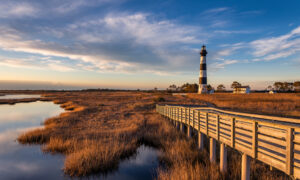 The Outer Banks: North Carolina’s Playground by the Sea
0 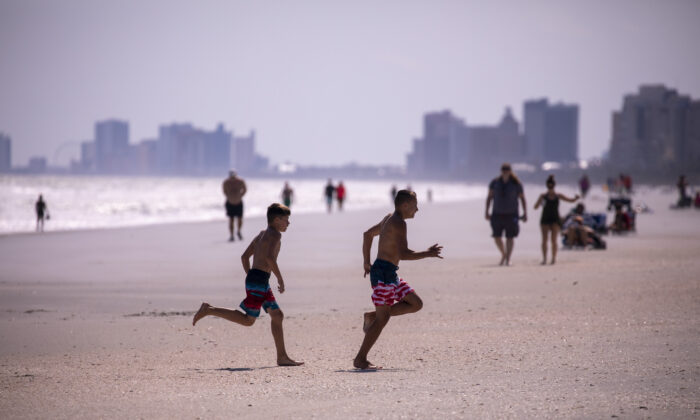 Groups of residents enjoy the beach in the Arcadian Shores section of Horry County, S.C., which reopened on April 21, 2020. (Jason Lee/The Sun News via AP)
AMERICA

One of the most popular beach towns on the East Coast is reopening its beaches to the public after initially keeping them closed following South Carolina Gov. Henry McMaster announcing he would let beaches reopen but would respect decisions by local officials who wanted to keep them empty.

Myrtle Beach City Manager John Pedersen rescinded his order barring public access to beaches on Tuesday after the city council passed a motion letting him do so.

Members of the public can walk around barricades set up by officials and face no consequences for doing so. Barricades will be removed soon, the city said in a statement.

Public beach access was closed for nearly a month. Adjacent parking areas were also closed off.

Lifeguards won’t be on duty. If people swim, they’re doing so at their own risk, according to the city.

Social distancing, or maintaining distance between yourself and people from outside your household, is still being enforced.

That reopening will start on Friday, the town said in a statement, provided Georgetown County open their public beach accesses.

Beaches in Hilton Head are also reopening on Friday. Some in Charleston County remain closed for now. Folly Beach, for instance, will block access through at least May 6.

Beaches and nearby parking in Horry County opened last week.

North Myrtle Beach approved a resolution on April 20 to reopen beaches, parking, and showers and bathrooms.

McMaster, a Republican, issued an executive order letting local officials reopen beaches closed under an order he made last month. It also gave them the authority to keep beaches closed.