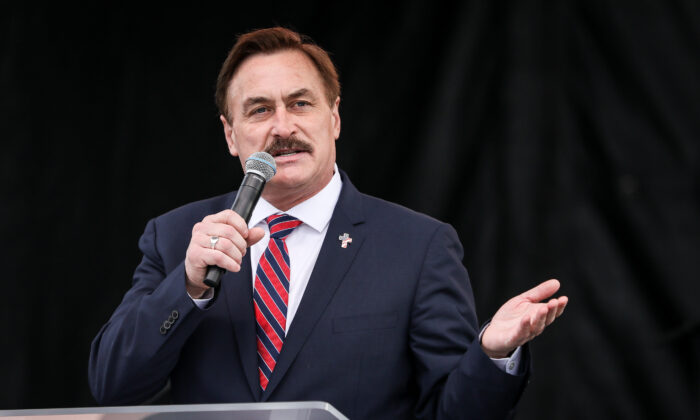 Walmart Inc. announced on Thursday that MyPillow products will no longer be available at its retail stores a day after Mike Lindell, the CEO of MyPillow, said he’s being canceled.

In a statement to The Hill, the retailer said while MyPillow products will no longer be available in stores, they can still be bought online.

“MyPillow products continue to be available on Walmart.com,” the spokesperson confirmed to the paper.

The announcement comes after Lindell said in a series of live-streamed videos on social media that Walmart was “canceling” his brand. The conservative activist and businessman detailed that the decision will cost the company millions of dollars in annual sales.

“It’s devastating, this is $10 million a year, minimum,” Lindell said.

“You hurt my employees, I have to find other work for them, I care about my employees … we’re like a big family. I am so upset with Walmart for what they did, it’s a disgrace,” he added.

In a phone conversation, the executive vice president of Walmart said to Lindell that the reason behind the product’s removal is due to ratings being under four stars.

“Well, we’ve got to be honest,” the retailer’s vice president said, according to 100 Percent Fed Up. “We have a rating system and MyPillow is under 4 [stars] and we don’t accept products under 4 [stars].”

Lindell said Walmart’s decision is “shameful,” explaining they have thousands of vendors from China and are pulling down U.S.-made products.

“I make all my pillows in Minnesota,” the businessman told Insider. “What they did is inexcusable! It’s cancel culture,” he said, adding that he’ll never accept Walmart again to sell his products.

Lindell also stated that the sales of MyPillow products have never been on a downward trend and are “gold for all the box stores.”

“MyPillow [products] never went down because we’ve sold 76 million MyPillows, all made right here in my home state of Minnesota,” he said.

Walmart has become the latest to join the list of big-box retailers to pull MyPillow products from their stores. In 2021, Bed Bath & Beyond also stopped selling the brand, also claiming the product was not selling enough. Other big-box stores that pulled down the product include Costco, Kohl’s, H-E-B, and Wayfair.

Most of the listed companies pulled the products from their stores in the days and weeks after the Jan. 6 breach of the Capitol last year.

Lindell has always shown support for former President Donald Trump and was advocating for election integrity amid allegations of widespread voting irregularities and election fraud following the November 2020 general election.

The businessman has repeatedly questioned the results of the election on social media. In January 2021, he was temporarily banned from Twitter for repeatedly violating the company’s civic integrity policy. A month later, Twitter permanently suspended his account for violating its policy against “ban evasion.”