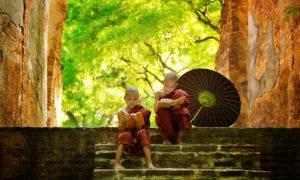 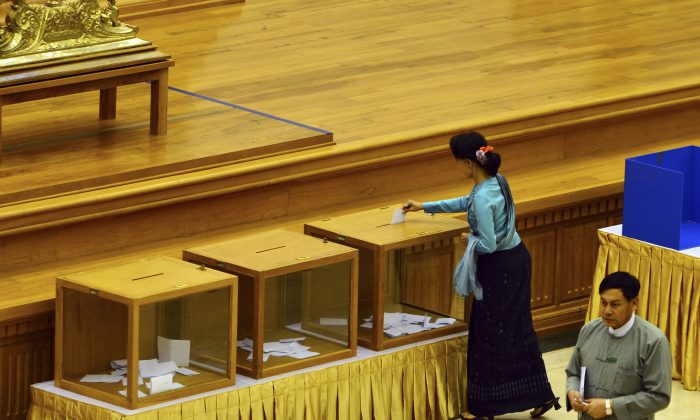 The legislature ended a 3-day debate on proposed changes to the 2008 constitution, which bars Suu Kyi, a Nobel Peace Prize laureate, from seeking the presidency and gives the military an effective veto over constitutional amendments.

Changes to both those clauses were rejected in the vote, which was viewed as a final chance to lift obstacles blocking Myanmar’s most famous politician from a shot at the presidency in the immediate future. Suu Kyi’s National League for Democracy is expected to see heavy gains against the ruling Union Solidarity and Development Party in an election likely to take place by November. No date has been set.

“I am not surprised with the result,” Suu Kyi told reporters after the vote. “This makes it very clear that the constitution can never be changed if the military representatives are opposed.”

Suu Kyi and her party had said that the current constitution needed to be amended to meet democratic norms and that the amendments were essential for a free and fair election.

The NLD swept the last free general election in 1990 but the then-ruling military junta ignored the results and kept Suu Kyi under house arrest and detention for a total of 15 years.

The nation’s transition from a half-century of brutal military rule to a nominally civilian government in 2011 was marked by early, fast-moving successes. Suu Kyi’s 2010 release and her 2012 election to parliament were a catalyst for the West to end years of diplomatic isolation of Burma, also called Burma, and roll back sanctions.

Thursday’s vote rejected a proposal to trim the share of ballots required to amend the constitution from over 75 percent to 70 percent, a change that would essentially have removed the veto power.

Many viewed the proposed amendment, which could have paved the way for more constitutional change, as key to Suu Kyi’s chances for gaining eligibility for the presidency. The opposition leader turned 70 last Friday, raising concerns that time is running out in her political career.

The parliament also rejected amending a clause that bars anyone whose spouse or children are loyal to foreign countries from becoming president or vice president. Suu Kyi’s late husband and her two sons are British citizens. The proposed amendment would not have stricken the clause entirely, just dropped the reference to foreign spouses as an obstacle to candidacy.

During this week’s debate, lawmakers in military uniforms said it was necessary to keep the clauses intact.

“If the person who will become the country’s head of state and his or her family members owe allegiance to foreign countries, the country will indirectly fall under foreign subjugation,” Brig. Gen. Tin Soe, one of 166 military appointees in parliament, told fellow lawmakers on Wednesday.

“Burma is in a democratic transition period,” he said. “It has not reached its maturity in democratic practices to ensure peace and security in the country.”