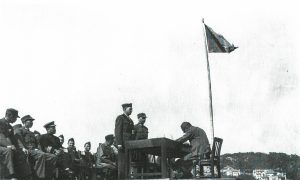 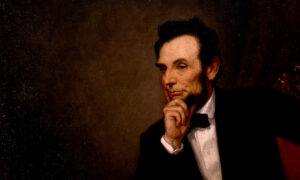 Thanksgiving and the Religious Awakening of Abraham Lincoln
0 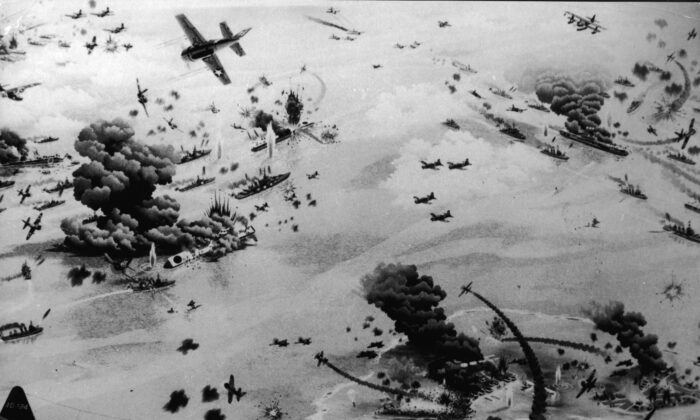 An artist's impression of the Battle of Midway, during World War II, June 1942. (Photo by Hulton Archive/Getty Images)
Viewpoints

My Thanksgiving to America

Over the Thanksgiving period, I pondered a lot on my debt to America. The first thing I owe this great country is probably my very existence. When growing up in 1960s New Zealand, it was accepted wisdom that we owed our freedom and our very lives to the “Yanks.”

In 1942, tens of thousands of young Kiwi and Aussie men were in North Africa fighting the Nazis and the Italian Fascist armies. The Japanese Imperial Army was marching relentlessly through the South Pacific and South East Asia. The Philippines fell; Hong Kong, Singapore, the Dutch East Indies, New Guinea, all were invaded in a matter of months, capturing thousands of British, Dutch, and colonial troops in the process.

The Japanese air force bombed Darwin in Northern Australia. There were reports of Japanese submarines in New Zealand harbors. In 1942, 22 New Zealand prisoners of war were beheaded by the Japanese on Tarawa. In 1943, Japanese prisoners rioted at a prisoner of war camp in our little North Island town of Featherston. More than 30 Japanese and one New Zealand guard were killed before order was restored. Rumors flew that the Japanese had already printed up the currency they were going to use when they invaded us.

My parents were very young at the time, but I’m sure my grandparents knew how brutal a Japanese invasion would be. They’d all heard of the 1937 Rape of Nanking where, according to some accounts, the Japanese Army “butchered an estimated 150,000 male ‘war prisoners,’ massacred an additional 50,000 male civilians, and raped at least 20,000 women and girls of all ages, many of whom were mutilated or killed in the process.”

The war in North Africa was hard going for our troops. Britain was barely surviving. The people were starving and suffering from nightly murderous bombing raids. Almost all of Europe was over-run. Things looked very bleak for freedom in early 1942.

Today’s kids have night terrors over imaginary “global warming.” I can hardly imagine how my parents must have felt tucked up in bed in New Zealand wondering when the Japanese armies were going to march into their school to round them up.

And then the Yanks came.

In a series of bloody battles fought across the Pacific from 1942 to 1945—the Coral Sea, Midway, Guadalcanal, Tarawa, Saipan, Guam, and on Japan’s doorstep, Okinawa—the Americans forced Japan’s armies all the way back to their homeland.

Can you comprehend the relief felt by the people in Australia and New Zealand? Can you imagine the encouragement it gave our men fighting their way up through Italy to know that their families back home were safe?

Thousands of young American boys laid down their lives in the Pacific so that my family could live free.

That is very personal to me.

And it was very personal to most Kiwis and Aussies, too. Any American stepping into any pub in Australia or New Zealand in the ‘50s or ‘60s would never have had to pay for a beer. The Yanks were loved. We understood what the Americans had done for us and we were profoundly grateful.

I remember as a kid hearing a friend of my dad express how much he admired Jackie Kennedy—because “she was married to him.”

Jack Kennedy was a hero to us. Not so much because of his own qualities but because he was the president of the United States of America—the greatest country in the world.

And we native-born Southerners weren’t the only ones who appreciated America. Our next-door neighbors were Dutch New Zealanders who had been driven out of the East Indies by the Japanese. On the other side, our Polish neighbor Stefan had been a slave laborer in a Nazi factory. He told me many amazing stories across our fence. The Latvian family a few doors down also owed their liberty to American soldiers.

I’ve given maybe 500 speeches across this amazing nation over the last 10 years.

On almost every occasion I explain to the audience why I, as a New Zealander, care so much about this country.

The first reason I give is simple gratitude.

I tell the audience that my country was saved from invasion during World War II by the huge sacrifice of their “fathers and grandfathers and uncles at the battles of the Coral Sea and Midway and Guadalcanal.”

I often get some applause for that line, but that’s not why I keep repeating it.

One of my first major speeches was to the Florida Tea Party convention in Jacksonville in 2011 or 2012.

After the speech, I was manning my book table when a tough-looking scruffy sort of guy walked up to me. He was wearing a baseball cap and a beard. He looked like a truck-driver or even a biker—and he was crying like a baby.

He looked at me and said, “My uncle died fighting at Guadalcanal, and nobody’s ever said thank you until now.”

I’ll tell you straight—I cried. We both cried together, and we shook hands and we parted.

That’s my Thanksgiving to America.