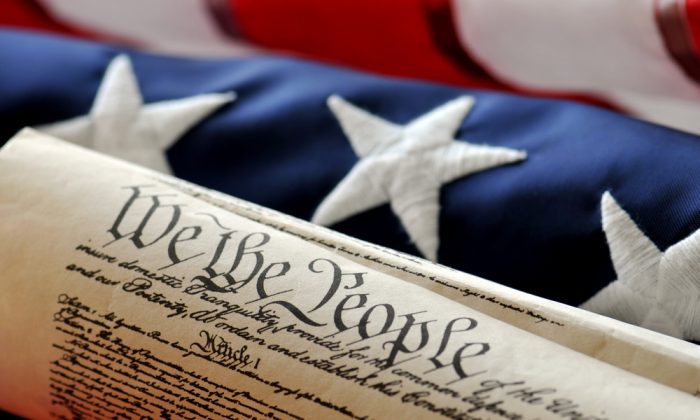 My Great-Grandmother’s Pin—’Daughters of the American Revolution’

My sister and I divided our family jewelry in 2007, sitting cross-legged on a quilt my grandmother made in the pattern “Wedding Rings.” Each took care to defer to the other—if you wanted a certain ring or bracelet, no problem. As we handled them, we talked about the memories they evoked.

It’s funny that I wanted it. I’m no genealogy buff. Since I am adopted, tracing lineage seems hollow. For me, blood and family are two different things.

I do remember my great grandmother, Alice Dismukes Humphries, aka Miss Alice, aka Granny, and I did love her. She was kind and tall. Enormous oak trees lived in her front yard. She wore her silky white hair in a small bun at the nape of her neck.

How many nations were founded on the truth that all men are created equal, as Thomas Jefferson wrote in the Declaration of Independence?

This is part of what he wrote:

“We hold these truths to be self-evident, that all men are created equal, that they are endowed by their Creator with certain unalienable Rights, that among these are Life, Liberty and the pursuit of Happiness.–That to secure these rights, Governments are instituted among Men, deriving their just powers from the consent of the governed.”

Jefferson also wrote that a decent respect for the opinions of mankind should require people to list the reasons before they “dissolve the political bands which have connected them with another.”

The lesser known part of the document is a list of Britain’s outrages. They are the same kinds of outrages a 21st century tyranny might inflict on its people: dissolving legislatures, confiscating land and property, blocking elections, placing the military above civilian authorities, and interfering with the independence of judges. The kinds of things the Constitution forbids.

American diplomats abroad should annually read those words in public, according to the inspired idea of Mark Palmer. He was ambassador to Hungary while it was under Soviet domination. Palmer wanted to succor Hungarian dissidents. He wanted to end dictatorships around the world, as he wrote in his book, “Breaking the Real Axis of Evil: How to Oust the World’s Last Dictators by 2025.”

It’s 11 years to go, and things do not look great. Tyrants may always be part of the human experience. But so might courageous resistance to tyranny. I’m going to aim for a peaceful and just world, and I hope I’m still made of the same freedom-loving stuff as my ancestors. If a tyrant afflicted me, I hope I’d be as willing to put everything on the line as the founders.

Of the founders, I think my favorite is John Adams, and yet I have to love Jefferson for his poetry. The contrast between the two is one we are living out today.

Adams refused to own slaves. He was thrifty; he had to be, because public service often kept him away from his law practice and his farm. Don’t know how his family would have managed without his wise wife Abigail. He represents the branch of American life that is self-reliant, generous, and honest. His spirit is in the CEO who pays good wages and provides health benefits.

Jefferson exploited people. He owned slaves, was extravagant, felt entitled. He also had a Renaissance man’s soul, and we all know he had an inspired pen.

His, and some other founders’ blind spot about exploiting people bedeviled America into the Civil War, and its legacy is not finished. His spirit is in the CEO who moved most of the operation to a sweatshop abroad.

The beauty of America is that people are to this day trying to create a more perfect union out of that conflict. As tyranny began to reassert itself in America after President Abraham Lincoln’s death, the Fourteenth Amendment breathed new life into the Constitution. Constitutional scholar Garrett Epps called the men who created it the second founders.

Who knows what else we will do? The Phoenix might be a better symbol for America than the eagle.

That’s why I like to wear my great-grandmother’s DAR pin.