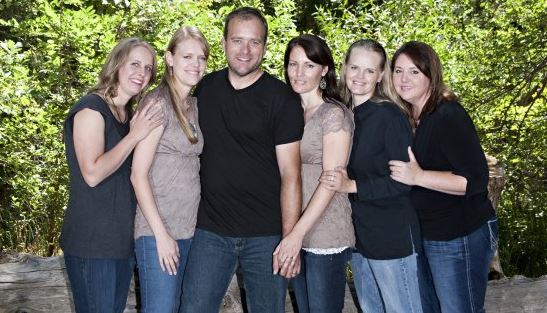 My Five Wives on TLC was renewed for a season 2 as the season 1 wraps up on Sunday.

The first season technically ended but episodes on May 4 and May 11 will feature the Williams family answering questions. The episodes are titled  “You Asked. Brady and Wives Answer,” and “Tell All.”

In the first, the family answers questions viewers have been wanting to know right out of Rosemary’s home.

In the latter, Brady, Paulie, Robyn, Rosemary, Nonie and Rhonda sit down with NBC’s Tamron Hall to talk about everything that happened on camera and behind the scenes on this past season of the show.

The show follows Brady Williams, his five wives, and their combined 24 children.

They all live together on a large property outside Salt Lake City.

“Following as he balances the needs, hopes, frustrations, and fears of each wife along with his own, the special offers a candid and open look at this controversial lifestyle, and goes behind closed doors to share the intimate details and complicated decisions they have to make as a larger than average family,” according to TLC’s description.

Season 2 is going to premiere sometime in fall 2014.