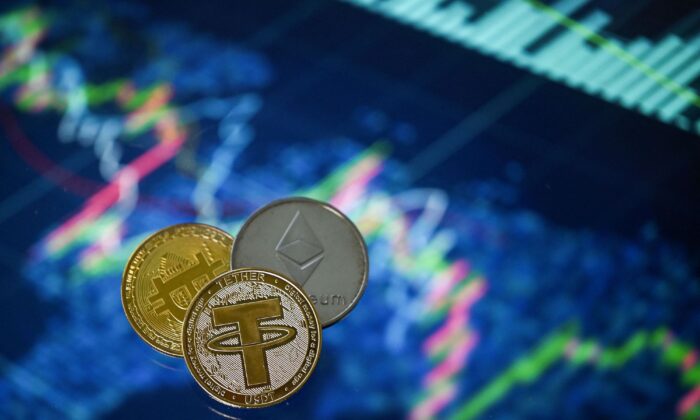 The founder of a purported cryptocurrency was convicted by a federal jury in Boston on Thursday for defrauding investors who thought the virtual money was backed by commodities, the Department of Justice (DOJ) said.

According to court documents and evidence presented at trial, 51-year-old Randall Crater from East Hampton offered virtual payment services through a fraudulent digital currency he called “My Big Coins,” the DOJ said.

Cryptocurrencies are digital money that takes the form of tokens, often referred to as “coins,” which are almost entirely intangible.

The digital currencies and their transactions are created and processed across decentralized systems. The digital currency system has been designed to be free from government control and is popular with criminals on the black market.

According to Forbes, My Big Coin was created in 2013 by CEO John Roche, who retained Crater the following year to build the technology to support the business model.

Between 2014 and 2017, Crater falsely used the internet, social media, text messages, and emails to market My Big Coin to investors, all the while lying about the nature and value of the cryptocurrency.

With every false proclamation, My Big Coin upped the price of the digital coin, Forbes reported.

“Crater and his associates falsely claimed that Coins was a fully functioning cryptocurrency backed by $300 million in gold, oil and other valuable assets,” the DOJ said in a news release.

“Crater also falsely told investors that My Big Coin had a partnership with MasterCard and that Coins could readily be exchanged for government-backed paper currency or other virtual currencies.”

Instead, none of that was true, and Crater misappropriated over $6 million of investor funds for his personal gain, including spending hundreds of thousands of dollars on antiques, artwork, and jewelry, the DOJ said.

Crater was convicted of four counts of wire fraud, with each carrying a maximum penalty of up to 20 years in prison. He was also convicted of three counts of money laundering and faces up to 10 years for each count.

His sentencing will be determined by a federal district court judge on Oct. 27 based on federal sentencing guidelines and other statutory factors.

My Big Coin was headquartered in Las Vegas, Nevada.

This article has been reviewed to correct inaccuracies related to cryptocurrencies and the federal court’s location. The Epoch Times regrets the errors.