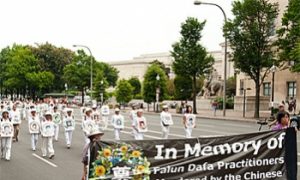 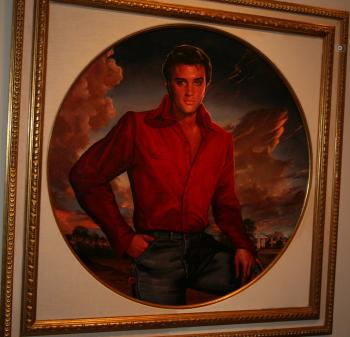 One of many scrapbooks, consisting of cutouts from newspapers, was created with apparent devotion by an anonymous fan of the rock star. (Gary Feuerberg/ Epoch Times)
US

By Joshua Philipp
biggersmaller
Print
Interest in classical music is dwindling among youth, yet Musopen founder Aaron Dunn plans to change that with a little help from the public domain.

Most classical music is actually free—readily available to anyone in the public domain. The problem is that the rights of each recording belong to the artists who play it, or the individual who paid to have it recorded.

As a classical music enthusiast, Dunn had an idea. "I thought we could raise money to hire any orchestra in the world, let the donors vote on what we record, and then release it into the public domain," he said.

He recently spoke with the vice president of the Los Angeles Philharmonic and the various directors of other orchestras. The project is gaining momentum, as "This could be a way of developing a new audience that’s on the Web," Dunn said.

"They have to reach younger people now, and that’s hard for them. So this is interesting for them," he added.

Dunn founded Musopen, a nonprofit organization that he runs in his free time. It allows individuals to record and post classical music to a website where others can download it at no cost. For his day job, he's the director of marketing at Box.net.

Musopen's music donors are mostly teachers, individual artists, and a handful of small ensembles. Getting larger groups to participate has been difficult, as every member of an orchestra would need to sign the recording into the public domain.

His latest goal is to shoot this project into the mainstream, and change the face of music forever. He posted a project on fundraising website Kickstarter.com with a goal of $11,000. His mission: "Set Music Free."

The project will hire an internationally renowned orchestra to record and release the rights to the symphonies of Beethoven, Brahms, Sibelius, and Tchaikovsky. The response has been overwhelming.

More than 1,200 people have backed his project and donated more than six times the projected goal, with a final tally of $68,000.

Dunn is now deciding which orchestra to hire. He said because of orchestra unions' minimum costs, hiring any U.S.-based orchestra is mostly out of the question. "I could hire the London Symphony for a quarter of the cost of some of the top in the United States," Dunn said.

The choice is now between quantity or brand recognition. "People may be interested if we could hire the London Symphony," Dunn said. "We’re going to send every dollar just to acquire as much music as possible."

He added that he expects to have all of the music available online by spring 2011.

What Dunn is doing represents a switch currently taking place both online, and in the emerging youth culture. In the information age, people want things fast, they want things free, and they want to contribute.

The emergence of the Web 2.0 concept embodies these principles, where the Internet has transformed from a static collection of websites into an integrated Web of social networks, collaboration, and interaction.

Dunn found a way to offer free music legally, and the immediate response carries a public call for a new age of information. The success of the project has inspired him to embark on other ventures, including the creation of textbooks that are free, editable, and of professional caliber.

"My goal has been something you could do anything with," Dunn said. "You could translate it and then start selling it in another country to give you an incentive to further free resources."

"It will definitely win out because free is very attractive, and I think that people innately feel that some of these things should be available without restrictions," Dunn said.

Working with music professors and doctoral students, he recently finished the first textbook, which is about music theory. "My goal is to have every music textbook available for college students for free," he said. "I’m trying to prove it out as a model that we can use for all subjects."