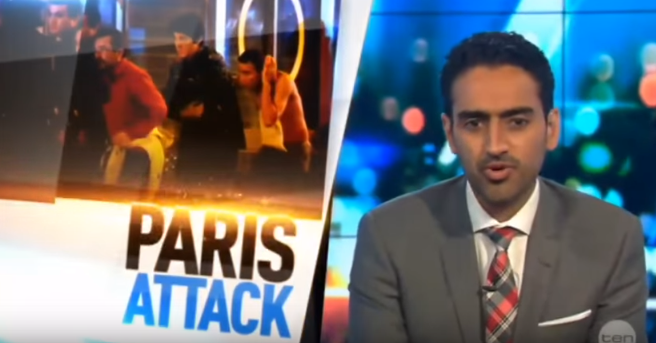 One Muslim TV host’s powerful segment on the Islamic State’s deadliest weapon is taking the Internet by storm.

“The problem is, this is what ISIL will do–they’ll take credit for any active terrorism on western soil so that they appear bigger and tougher than they really are,” he said.

Aly noted that ISIS itself said that the group said so in its monthly magazine.

“Every time an attack happens, and they do claim it, they’re headline news around the world,” said Nick O’Brien, an associate professor of counter-terrorism at Charles Sturt University.

The clip has struck a nerve, with hundreds of thousands of likes and shares.

Aly also noted that ISIS wants the world to split into two camps: people who have “faith” and others who have “disbelief.”

“They want to start World War III—a global war between Muslims and everyone else,” said Aly.

As people vilify Muslims, more Muslims turn to ISIS, creating a vicious cycle, Aly said. That strategy has worked in the case of the Paris attacks, which left hundreds wounded and around 130 people dead.