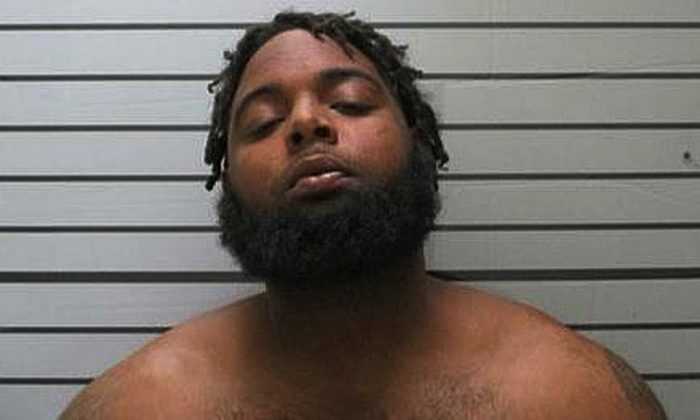 Muskogee Man Too Heavy to Hide in Attic, Falls Into Middle of Police Search

A man from Muskogee, Oklahoma, thought he could hide from the police officers coming to his house to arrest him by climbing into the attic.

He would have done well to check the load-bearing capacity of his ceiling first.

Muskogee police officers and U.S. Marshals went to the home where Tevan Adams was staying to serve multiple warrants on Feb. 2. MuskogeeNow reported.

When law enforcement officials reached the home, they could see through the door drugs, paraphernalia, and weapons in plain sight.

Muskogee Police Department Officer Jeramie Garcia told Fox23, “Once we went to serve the warrant we noticed drug paraphernalia, drug activity, and weapons in the home.”

The officers entered the home at 2101 N. 37th Street and arrested the two other men named in the warrants, Antonio Gardner Jr. and Laquinta Anderson. Police searched the residence and found two rifles, a pistol, more than 150 ecstasy tablets, and a pound and a half of marijuana, MuskogeeNow reported.

While they were searching, Adams, who had crawled into the attic, crashed through the sheetrock ceiling and slammed onto the bathroom floor.

Adams was promptly cuffed and taken to Muskogee County Jail along with his friends. Adams was wanted for burglary and for possessing a firearm after a felony conviction.

All three will now face drug and gun charges. On top of that, Gardner and Anderson will be charged with harboring a known fugitive.