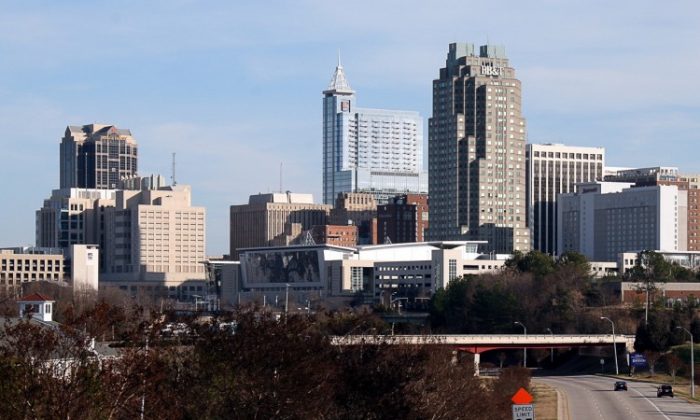 Musician Father and Ballerina Daughter: ‘The Dancing is Incredible!’

John Sotomayor, patent attorney and musician, attended Shen Yun with his daughter who has been dancing since three-and-a-half years old.

“We came to the International festival a few months ago and we saw the advertisement for it. We thought that [Shen Yun] sounds very interesting because we are interested in multicultural events, so we purchased tickets,” said Mr. Sotomayor.

“I’ve been a dancer all my life and I have done ballet for a very long time. Seeing different styles of dance is always very interesting,” said Miss Sotomayor.

According to Shen Yun’s website, classical Chinese dance “is a culture left to us by the ancients who came before us, its beauty should be riches shared by all of humanity, its purity should not be contaminated.

“Oh my word, the dancing is incredible! The precision and coordination between the dancers is almost military. It’s beautiful. I love it [the choreography], it’s very expressive,” said Miss Sotomayor.

Mr. Sotomayor said, “The choreography is very well put together. There’s not a moment when you feel awkward. It smoothly flows from one set piece to the next.”

At the heart of the performance is classical Chinese dance which is accompanied by an orchestra, hundreds of hand-made costumes, digital projection backdrop, world-renowned vocalists and solo musicians, and two emcees.

Mr. Sotomayor has been a musician all his life, playing the guitar and doing vocals. “It’s a pretty hard thing to accomplish,” he said of Shen Yun’s orchestra combining the East and West.

“The music was very good. It was very well suited to the dance,” said Mr. Sotomayor. “I think the mixture has put together the best of East and West,” he said.

Shen Yun Performing Arts has three touring companies that perform simultaneously around the world. The Touring Company will be next in Fort Lauderdale from Feb. 10 to Feb. 12.