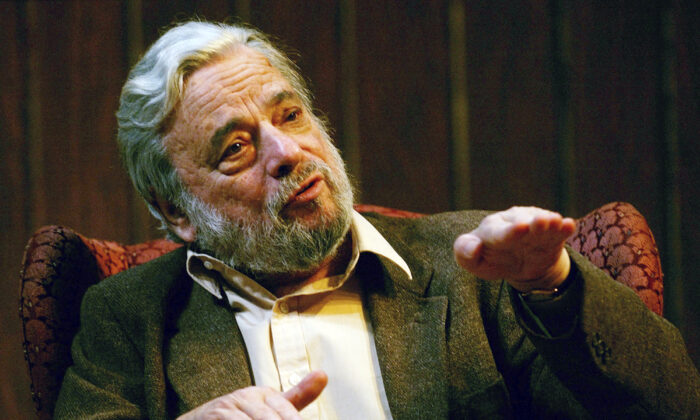 NEW YORK—Stephen Sondheim, the songwriter who reshaped American musical theater in the second half of the 20th century with his intelligent, intricately rhymed lyrics, his use of evocative melodies, and his willingness to tackle unusual subjects, has died. He was 91.

Tributes quickly flooded social media as performers and writers alike saluted him. “We shall be singing your songs forever,” wrote Lea Salonga. Aaron Tveit wrote: “We are so lucky to have what you’ve given the world.”

“The theater has lost one of its greatest geniuses and the world has lost one of its greatest and most original writers. Sadly, there is now a giant in the sky,” producer Cameron Mackintosh wrote in a tribute. Music supervisor, arranger, and orchestrator Alex Lacamoire wrote on Twitter: “For those of us who love new musical theater: we live in a world that Sondheim built.”

Six of Sondheim’s musicals won Tony Awards for best score, and he also received a Pulitzer Prize (“Sunday in the Park”), an Academy Award (for the song “Sooner or Later” from the film “Dick Tracy”), five Olivier Awards, and the Presidential Medal of Honor. In 2008, he received a Tony Award for lifetime achievement.