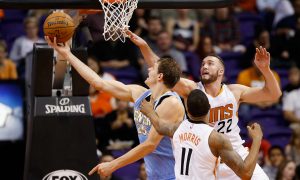 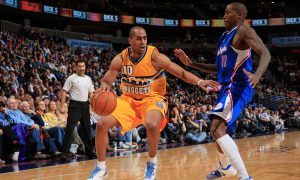 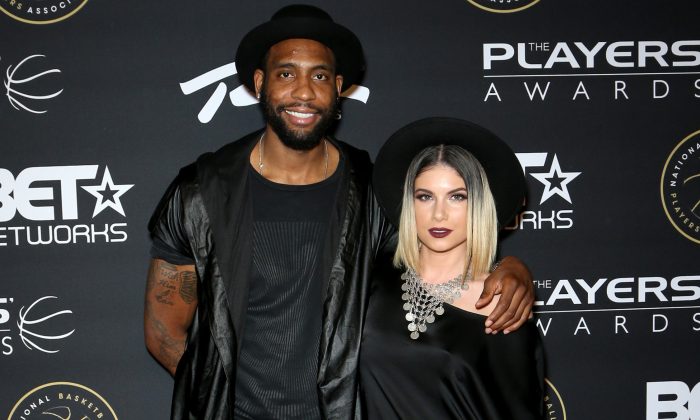 Stars from the music industry and the NBA are all in shock after losing a beloved couple with ties to both groups.

Butler was at the wheel of his 2011 Range Rover and traveling at a high rate of speed down Ventura Boulevard through Studio City. He lost control and plowed down a trio of parking meters before slamming into a concrete wall and flipping, before coming to rest in a shopping center parking lot.

#TRAFFICALERT: Ventura Boulevard is closed from Arch to Eureka drives in Studio City for a double fatal crash investigation. Police say the car was driving at nearly 90 mph, lost control, went airborne and landed in a Marshall's parking lot. pic.twitter.com/8PZvcaXOf7

Beloved  in the Music Community

Leah LaBelle, 31, was an R&B singer recording for Epic Records.

@leahlabelle , your spirit was just as your voice; beautiful. Moments like these leave us with so many questions. What I don’t question is how much you loved God, how much you love your life partner and where you guys are now. Sing Sis, sing. ??????

She came to fame on the 2014 edition of “American Idol,” where she finished 12th but showed enough talent to get a job as a backup singer for 2007 “American Idol” winner Jordin Sparks, the New York Daily News reported.

Four Angels in a week. My heart is just so heavy & broken. I'm in shock, numb and feel everything all at the same time. Leah & Rasual (one of my closest friends and her amazing other half who also was a great friend), Bryanna (my step sister) and Q (my little cousin), you were such bright lights in this crazy world. You made everyone better just by knowing them. And your smiles made anyone's day better. The world is less sparkly without you in it. Rest In Peace and Power. I love you forever. Find Miles and hug him for me. ♥️ Tomorrow is not promised to any of us. Don't ever skip a chance to tell someone you appreciate them or how much you love them. Please, please continue to cover their families and our family with thoughts and prayers. #unicornsdontdie #sicklecellsux

I'm in disbelief as I got the call today that you are no longer with us. My 1st reaction was how will your mom get through this. You two were sooooo close and meant everything to each other. The conversation you, your mother and I had at dinner that night made me feel like you were repaired and ready to dive back into this madness we call the music business. I was hoping that the world would finally get to see what I saw in you. I'm so glad I had the opportunity to experience your gift up close and personal. Hopefully I can find the strength and mental clarity to release the magic that we created that weekend in NY. God gave us an angel even if for only a moment. Some of us got a chance to experience some amazing vocals that came from the soul and a beautiful person with an amazing spirit. Will always remember how special you were. R.I.P. Leah. #LeahLabelle #AmericanIdol #Hervoice #Hergift #singer #AndreaoFanaticHeard

Her death reverberated though the pop music community.

A Consummate Pro With the Right Attitude

Rasual Butler, 38, was in the waning years of a 13-year career in the NBA. He played for eight different teams in that time and impressed everyone with his work ethic, his personality, and his positive attitude.

Players from across the league turned to social media to express their feeling of loss and sorrow.

Alan Iverson and Dwyane Wade both posted on Twitter.

Rest easy my brother. See you when I get there!!! pic.twitter.com/Npsnib7k5t

Marcin Gortat of the Washington Wizards also tweeted his regrets.

Kyle Lowry of the Toronto Raptors tweeted, “True legend in my eyes !!!”

The Indiana Pacers organizations also posted a statement mourning Butler and his wife.

Our entire organization is deeply saddened after learning of the death of former Pacers player Rasual Butler and his wife, Leah LaBelle. pic.twitter.com/ezdVkM12PG