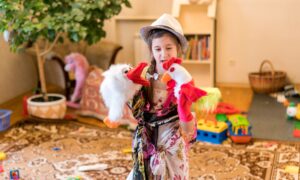 My first ever visit to Tunisia coincided with the Electronic Dunes Festival 2015 in Nefta, situated in the Ong Jmal desert, south of Tunisia. There was a great contrast traveling from the green landscapes of the north to the vast desolate sandy desert in the south. The festival was held from 20th to 22nd February 2015 in the same location as the original Star Wars movie set, nearby the border with Algeria.

Mos Espa is a small village built by George Lucas, the director of the classic Star Wars films. He shot many of his scenes in this magical place which are dotted with mud huts reminiscent of the traditional architecture of this region. The set remains intact despite the passage of time but has been moulded by sand storms throughout the years. I walked through this virtual science fiction set with curiosity and a sense of adventure. It was like being in a different time and there was I, strolling in the future. No wonder, this is a place of pilgrimage for die-hard science fiction fans.

The mystery of the desert with its golden colours and picturesque scenery goes far into the horizon and disappears in its infinity. This scenic escape combined with the magic of the Star Wars set is hosting a unique musical experience in the middle of a no-man’s land by several international DJs. Most of the five thousand or so attendees are young. The festival succeeds in attracting a large crowd who travel from across Tunisia, neighboring countries and Europe. Electronic Music dominated the festival. The party went on till 10 PM despite rainy weather.

Nefta that is well known as one of the spiritual home of Sufis worldwide. Sufism is the mystical branch of Islam, popularised by the poems of Rumi, Hafiz and other eminent poets. This mystical current is also expressed in traditional Tunisian music, which in the Arabic language is also known as ‘Malouf’. It has its roots in Andalusia, and shares elements with Spanish musical culture.

The festival was a unique opportunity to meet Tunisians from across the country and explore the tradition and culture of a great North African nation.

For more information about Tunisia click here or visit http://www.cometotunisia.co.uk.

Images and story © Mohammed Reza Amirinia. For more of Reza’s images of the festival go to http://www.amirinia.com or click here.