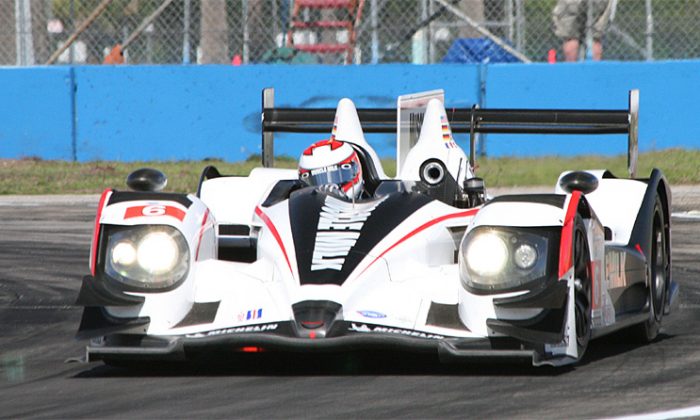 Hard rain made practice for the American Le Mans Series at Long Beach event exceedingly difficult, and practice times in no way indicate the actual performance of the cars.

Rain is forecast for qualifying but race day should be dry, meaning teams will be guessing at setups and tire compounds.

The session was red-flagged twice—once for water—eight inches deep at some places on the track—and a once when Tim Pappas in the #54 Black Swan P2 Lola-HPD  lost the rear end and hit the wall at Turn 1.

Qualifying for the Tequila Patrón American Le Mans Series At Long Beach starts at 8 p.m. EDT Friday April 13. The session will be streamed live on ESPN3 and Live Timing and Scoring is available on the alms.com website.