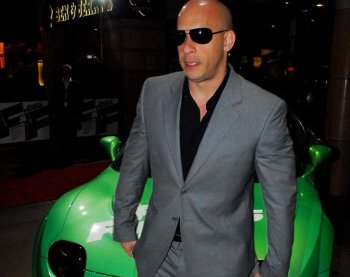 Vin Diesel attends the UK premiere of 'The Fast and the Furious 4' held at the Vue Cinema, Leicester Square on March 19, 2009 in London. (Fergus McDonald/Getty Images)
US

Since appearing in The Fast and the Furious movies, Skylines manufactured in Japan from 1955 onwards have been in demand in the U.S. However, they do not meet federal safety and environmental regulations.

Daryl Alison, formerly an Orange County sheriff’s deputy, is expected to plead guilty to altering markings on an imported vehicle.

Kaizo Industries, Alison’s employer, has pled guilty to violating the Clean Air Act by not filing paperwork for Skylines and other Japanese cars valued at almost half a million dollars, according to the Times.

"After arriving at Kaizo’s warehouse, several of the car bodies were then mated back with their original drive-trains and sold to the public," said Immigration and Customs Enforcement officials in a statement.

According to the statement, the perpetrators used fake vehicle identification numbers, and evaded California’s strict emission legislation by registering the vehicles in other states.

Last year, the investigators seized 12 vehicles from Kaizo, including three Skylines and another auto officials called the hero car from The Fast and the Furious 4, the Times reported.