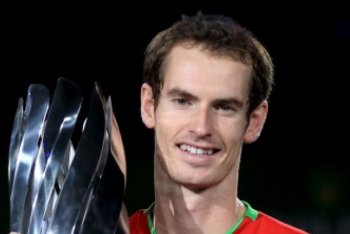 More important than the trophy, Murray’s victory will move him into the No. 3 spot in the ATP rankings. He will leapfrog Roger Federer, who will now be outside of the top three for the first time since July 7, 2003.

The 24-year old Murray has had the hot hand since his semi-final exit at the US Open. He has won 25 of 26 matches.

Murray has brought home five tournaments titles this year, but is still searching for the illusive first Grand Slam.