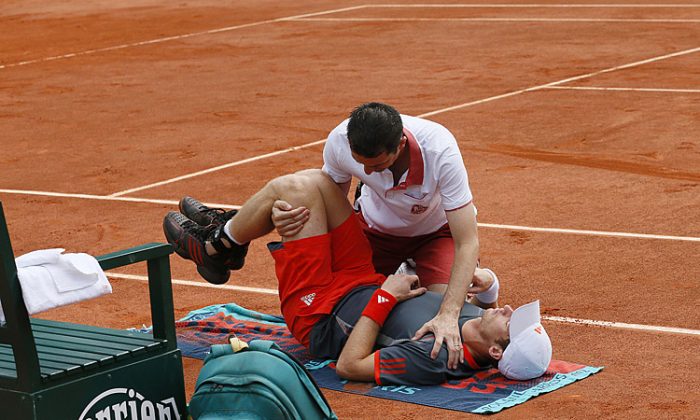 Murray Beats Back Pain to Advance at French Open

After losing the first four games because he could barely move, the 25-year-old Briton had to stop play after the fourth game of the first set to get a lower back massage from his trainer.

Murray was barely able to walk, let alone play tennis; it seemed that a retirement was inevitable. He fought back to win the first game after his treatment but lost the set, still moving badly.

Halfway through the second set his problems seemed to recede. His movement looked easier and his serving speed increased from 87 mph in the first set to 105 mph in the second (his normal pace is around 130 mph.)

As Murray improved, his opponent wilted, missing shot after shot against his semi-crippled opponent. Nieminen failed to capitalize when his opponent was down, and ended up going home.

Murray will need to fix the back problem id he hopes to advance past the semi-finals, his previous best French Open performance.