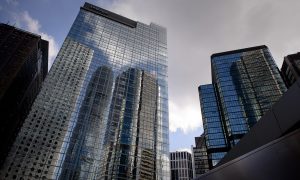 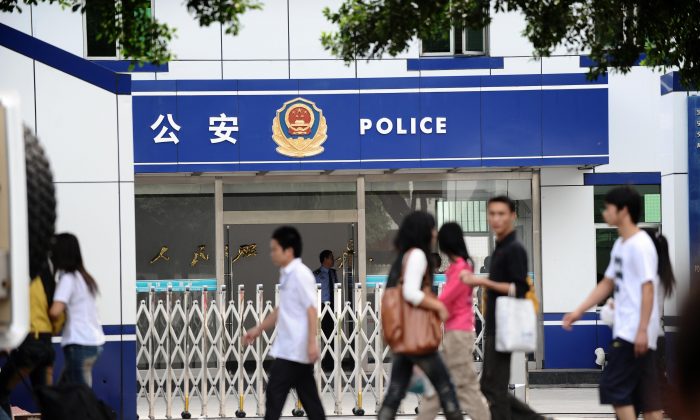 Pedestrians walk past the police station in Shenzhen on November 8, 2008. Cases of communist officials murdering their mistresses have also been frequently reported in China. (AFP/AFP/Getty Images)
China

Murders of Mistresses Often Linked to Officials in China

Zhao Liping, a powerful official in the Chinese province of Inner Mongolia, was recently arrested for killing his mistress in the mountains.

A policeman by training and former deputy chairman of a provincial Communist Party organization, Zhao had taken his lover into the wilderness, where he shot her and buried her body after burning it, according to state-run media on March 20. Zhao motivation for the murder is still being investigated.

Recent years have seen multiple cases of Chinese Communist officials murdering their lovers as a result of unresolved quarrels. For many Chinese, including those who expressed their views online, the spate of brutal killings reflects a lack of scruples and moral restraint in the nation’s political elite.

Zhao’s case is only the latest. From planned assassination carried out with explosives to dismembering and boiling to conceal a killing committed in the heat of the moment, the ways for a kept woman to die are varied and gruesome.

Chinese officials frequently keep mistresses for gratification and status, but may tire of their existence should the woman become a burden to the official’s career or wallet. Common flashpoints include demands for marriage or financial support during pregnancy. Sometimes the murders are committed to avoid blackmail.

In one southern Chinese case from last July, the mistress of Lai Yicheng, retired chairman of a Communist Party agency in the city of Shantou, had given birth to two children in 2009 and 2013. Following a series of arguments in which the woman demanded large sums of money, Lai killed her in a fit of anger. He later confessed to the crimes.

Yu Kai, director of a county-level propaganda department in Jiangxi Province, was arrested in February 2012 for the brutal stabbing death of his lover. According to state reports, the woman died after being stabbed in the abdomen eight times. Born in 1985, she had become his mistress as a university student and had had multiple abortions as a result of their affair.

In mid-2007, a woman surnamed Liu, the mistress of Duan Yihe, a Communist Party standing committee member in the city of Jinan, divorced her own husband in hopes of marrying Duan.

This is not a normal society, people who have a certain status are selfish and lack all morality.
— Chinese netizen

When Duan refused, Liu demanded a million yuan (about $160,000) in compensation. She also reported their affair to higher authorities.

Liu died when her car exploded—Duan had hired someone to rig her vehicle with a bomb, as described in the August verdict handed down by the high court of Shandong Province. Duan was sentenced to death on charges of murder and taking bribes.

‘Not a Normal Society’

While only a small portion of Chinese officials are murderers, and vice versa, Chinese Internet users were content to heap particular scorn on the official-cum-murderer, and frequently linked the day job to the dark deed.

“Being a mistress has become a high-risk profession,” said one poster on a Chinese news site.

Another user lamented the lack of a “moral bottom line” in Chinese society. “Why don’t we ever hear about these stories from the Japanese?”

“This is not a normal society, people who have a certain status are selfish and lack all morality,” a similar comment reads.