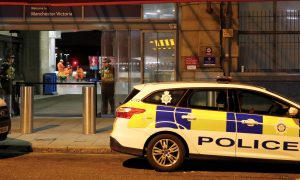 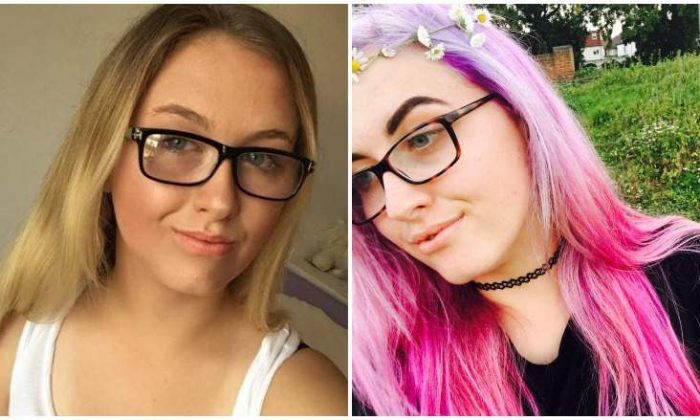 Murdered British Girl’s Final Instagram Message Was to Her Father

A murdered British teenage girl’s final Instagram post was reportedly a happy birthday message to her father just hours before she was stabbed to death.

Jodie Chesney was knifed in the back in a London park on Friday, March 2, in what was an apparently random attack.

The teen died of her injuries, the Metropolitan Police said in a statement.

“Yesterday a 17-year-old girl lost her life, and I want to express my deepest sympathies to this girl’s family and friends,” said acting Detective Chief Superintendent John Ross, adding, “her death is a tragedy.”

The Mirror reported that her boyfriend Eddie Coyle held her in his arms as she lay dying in Harold Hill park on what was said to be her father’s birthday.

Before falling victim to the deadly stabbing, the teen shared a selfie of her and her father and captioned it: “Happy birthday dad :)”

The Metropolitan Police confirmed the identity of the deceased teenager, but no arrests have yet been made. Authorities have urged witnesses to come forward.

“I can reassure them and the whole community that we are doing everything possible to identify and bring to justice the person or persons responsible,” said Ross.

According to the Mirror, Jodie Chesney, her boyfriend, and a friend were hanging out in the park when they were approached by a group of people wearing balaclavas.

At one point Chesney was stabbed with such force the blade broke off inside her body.

Chesney’s grandmother posted an appeal on Facebook, cited by the BBC, in which she called the stabbing an “unprovoked attack.”

“This was our youngest granddaughter. How have we come to this point where kids can’t have a walk in a park without suffering an unprovoked attack?

“If anyone knows anything about this please contact the police with information. We don’t want anyone else to go through what our family is suffering right now. This has to stop, there are too many young people having their lives cut short by needless violence.”

‘Shocked With the Amount of Blood’

A woman at the scene who tried to save her life was “shocked” by the amount of blood, her husband told the BBC.

Teresa Farenden heard screams in the park and rushed to give first aid. Her husband said when his wife got to the scene she “asked if everything was alright and one of the boys said, ‘No, my girlfriend has been stabbed.'”

The woman told the Mirror: “People are scared to help, but all I was thinking with my mother’s instinct was ‘I need to help.'”

“Her boyfriend did everything he could. When I came over she was on her back so I moved her onto her side. Then the boyfriend’s friend came over with some kitchen roll. Then there was another girl and a man came over in a van to help and took his coat off to keep it on the wound and keep it compressed as much as they could,” Farenden said.

“I think he was the dad of one of the boyfriend’s friends. I was just trying to keep her legs in the recovery position because she was heavy, like a dead weight. Just as the ambulance crew turned up, she had gone. It was devastating,” she continued.

Jodie Chesney is the first teenage girl to die in a homicide in London this year, and the 18th murder victim in the capital in 2019.

Ross was cited by the BBC as saying, “It is days like these that really do highlight how we must continue to work tirelessly with our partners and the public to tackle knife crime.”

Ross urged witnesses to come forward, saying, “Your information could take a knife off the street or save a life.”

Met Police Commander Dave Musker was cited by Sky News as saying, “Every death or injury is a tragedy and will have a lasting impact on those who knew and were close to the victims. The public play a key role in helping to both prevent and detect crime in London.”

He told Sky News, “Knife crime and violence is not an issue we can tackle on our own. We need help from partners, parents, schools and the wider community to tackle this growing issue. We all need to be having heart-to-heart conversations with children in an attempt to steer them away from knives and help prevent more lives from being ruined.”