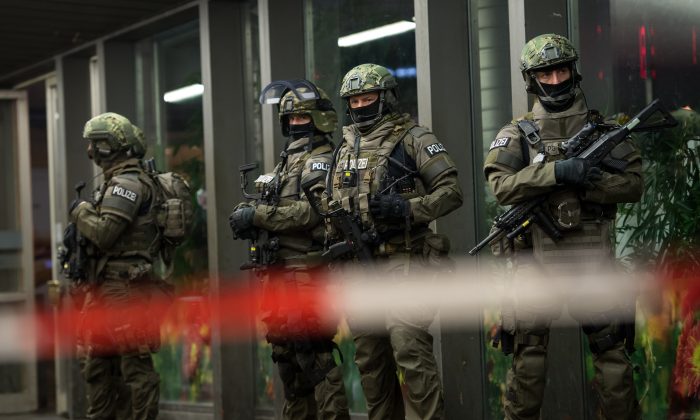 BERLIN—A terror warning in Munich on New Year’s Eve that led to the evacuation of two train stations was not a false alert, security officials said Friday, although there have been no arrests.

The evacuation of Munich’s main train station and the Pasing neighborhood station shortly before midnight reportedly followed a warning from a “friendly” foreign intelligence service that five to seven Islamic State militants from Syria and Iraq were planning coordinated attacks on different locations in Munich including the two train stations.

Although it wasn’t even yet clear if any would-be attackers actually existed, Munich police president Hubertus Andrae told reporters that the terror warning and consequent evacuation of the train stations had not been “a false alert.”

Bavarian Interior Minister Joachim Herrmann told reporters that as of Friday morning the train stations were open again and “we no longer have concrete indications for a terror threat today or tomorrow at a specific location.”

However, Herrmann warned that the overall threat across Europe remained high after the attacks in Paris in November that killed 130 people.

Later in November, a warning of a possible imminent attack plunged Brussels into a lockdown for a time. Ten people suspected of involvement in the Paris attacks have been arrested in Belgium.

Shortly before Munich rang in the new year, police evacuated the main train station and the Pasing station. Partygoers were asked to avoid crowds.

Despite those warnings, thousands of people were on the streets of Munich at midnight to welcome the new year with fireworks.

Authorities were investigating intensively on Friday, Herrmann said, but so far had not found any solid evidence for a planned attack. He said they had received personal data for some of the alleged attackers and were in the process of investigating and verifying the information.

He would not give any further details.

Herrmann called on Munich residents to be cautious, but at the same time not to let threats interfere with their normal lives.

More than 500 police and special unit officers from all over the southern Bavaria region were called to Munich Thursday night to help evacuate and secure the stations. By Friday noon, some 100 extra officers were still present in the city.

German Interior Minister Thomas de Maiziere commended all the authorities involved for their “thoughtful, considerate and decisive” action in Munich.

“The situation in Europe and Germany continues to be serious in the new year,” de Maiziere said in a written statement. “Indeed we did get indications (for a planned attack) yesterday, which were evaluated by the Bavarian intelligence authorities and federal police.”

Cities across Europe have been on edge since an attack in Paris in November that killed 130 people.

A few days after the Paris attack, a soccer stadium in Hannover in central Germany was evacuated after a threat against a friendly match between Germany and the Netherlands. The authorities never reported any findings of explosives or concrete attack plans.