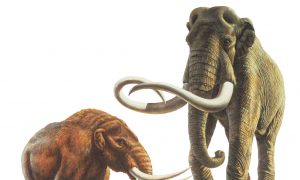 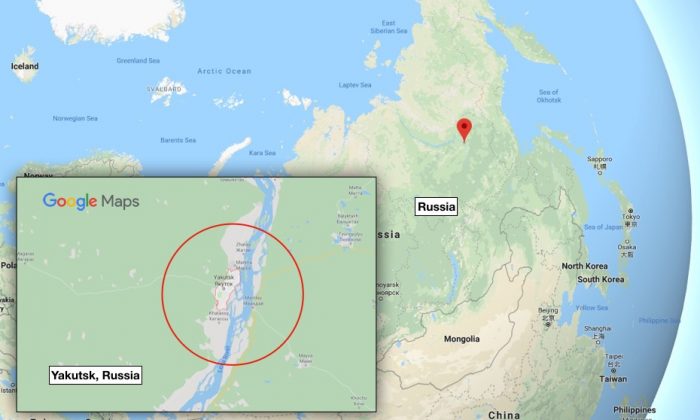 A man in Siberia has discovered the mummified head of an ancient giant wolf.

Pavel Efimov was walking along the shore of the local Tirekhtyakh River in Yakutia, Russia, last summer when he came upon the grisly find, The Siberian Times reported.

The fur-covered head had been preserved by the permafrost and featured sharp fangs and a fearsome snarl.

Efimov turned over his spectacular find to scientists, who dated it at over 40,000 years old.

The Pleistocene-era wolf is believed to have been between 2 and 4 years old when it died.

The ancient wolf head is about 16 inches long, equivalent to about half the size of a modern wolf’s entire body, according to The Siberian Times.

The publication posted the story on its Facebook page, where it garnered various reactions.

“Absolutely incredible! I wonder where the rest of the wolf is?” wrote Athena Dormer.

“How magnificent this creature must have looked!” wrote Andrea Fabula Gamblin.

“This is a dramatic view into history. Fascinating story,” wrote Donald James-Wilson.

Russian scientist Dr. Albert Protopopov was cited by The Siberian Times as saying: “This is a unique discovery of the first-ever remains of a fully grown Pleistocene wolf with its tissue preserved.

“We will be comparing it to modern-day wolves to understand how the species has evolved and to reconstruct its appearance.”

In related news, an accidental discovery on a river bank in China’s Hubei province has unearthed an incredible collection of thousands of fossils.

Paleontologists estimate the fossils are about 518 million years old and are extraordinary for their documentation of soft-bodied organisms. Skin, eyes, and even internal organs have been “exquisitely” well preserved.

“What these localities give you is anatomy,” Harvard paleontologist Joanna Wolfe told National Geographic. “These are the best of the best.”

Researchers documenting the find have identified 101 different animal species, with over half of the discovered fossils being new to science.

The ancient fossils were collected from the site of Qingjiang, near Danshui river in China’s Hubei Province. The BBC wrote enthusiastically of the paleontologists’ “mind-blowing” findings, estimated to be from the Cambrian period, which began some 541 million years ago. In the few tens of millions of years that followed, “complex marine ecosystems sprung up all around the world,” National Geographic noted, “teeming with creatures that form the base of today’s major animal groups.”

Professor of Geology Robert Gaines is part of an international team that unearthed a 518-million-year-old fossil site in South China — one of the most important Cambrian fossil sites discovered in modern history. https://t.co/p2ZSVoFHfr pic.twitter.com/PTRFqvmFA2

The team who collected the specimens published their findings in the journal Science in late March 2019.

Professor Robert Gaines, a geologist who took part in the study, expressed astonishment at the find. “Their sheer abundance and their diversity of forms is stunning,” he said, according to the report.

Professor of Geology Robert Gaines is part of an international team that unearthed a 518-million-year-old fossil site in South China — one of the most important Cambrian fossil sites discovered in modern history. https://t.co/p2ZSVoXiE1 pic.twitter.com/8aIlIppZez

Professor Allison Daley, who contributed a paleontological analysis to the proceedings, admitted, “It blew my mind.”

Speaking to BBC’s Science in Action, she added: “I never thought I’d get to witness the discovery of such an incredible site … For the first time we’re seeing preservation of jellyfish. [When] you think of jellyfish today,” she continued, “they’re so soft-bodied, so delicate, but they’re preserved unbelievably well at this site.”

Jakob Vinther, a paleobiologist at the University of Bristol, told Current Biology that the treasure hunt isn’t over yet. “It’s a Pandora’s box,” he said. “Every time we find a new site like this. There’s still many gaps.”