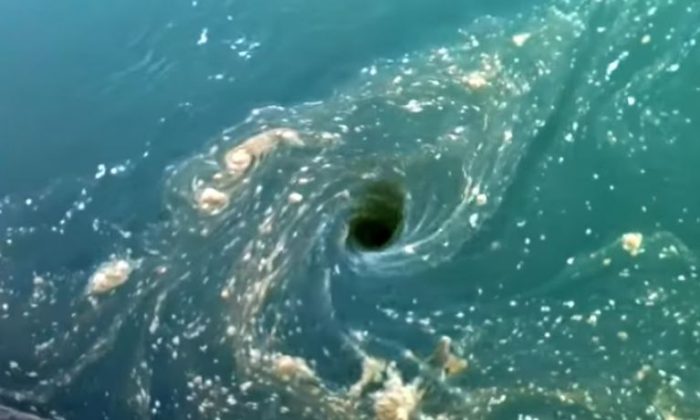 A whirlpool on the Koshi River in Nepal is stunning—but it looks quite dangerous.

There are at least four whirpools that can be seen on the river.

The Koshi River spans 450 miles through Tibet, Nepal, and India.

But there’s more: the so-called amazing monstrous whirpool of Dviete, Latvia, has captured the attention of tens of millions over the past several years.

“Swallowing everything dragged toward its direction,” reads the description from Janis Astics, who added, “This monstrous whirlpool looks as if a plug has been pulled from the ground beneath.”

They’re formed in oceans and other bodies of water