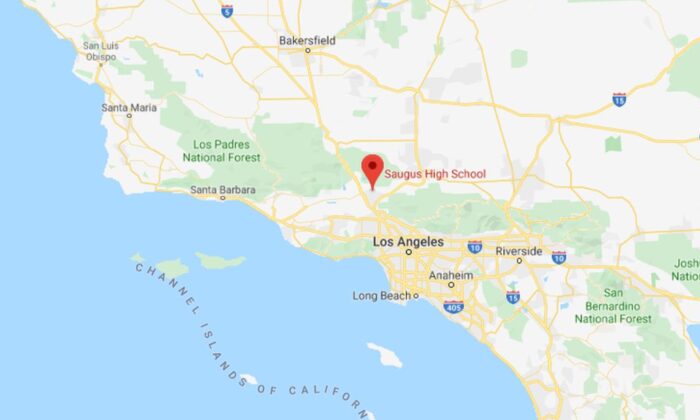 Police in Santa Clarita, Calif., said they are responding to reports of a shooting at a high school that may have multiple victims. (Google Maps)
US News

Police in Santa Clarita, California, said they are responding to reports of a shooting at a high school that may have multiple victims.

KTLA reported that there are at least six victims in the incident Saugus High School, which led to multiple nearby school campuses being placed on lockdown. The Los Angeles County Fire Department told CBS2 that at least seven people were being treated for various injuries.

It’s not clear how many victims were shot.

“There are multiple victims injured in this shooting at Saugus High School. LASD is looking for the following suspect: Male, Asian, wearing black and last seen at Saugus High,” tweeted the city.

There are multiple victims injured in this shooting at Saugus High School. LASD is looking for the following suspect:

Neighboring elementary schools are being locked down

Rosedell and Highland elementary schools were placed on lockdown during the search for the gunman, reports said.