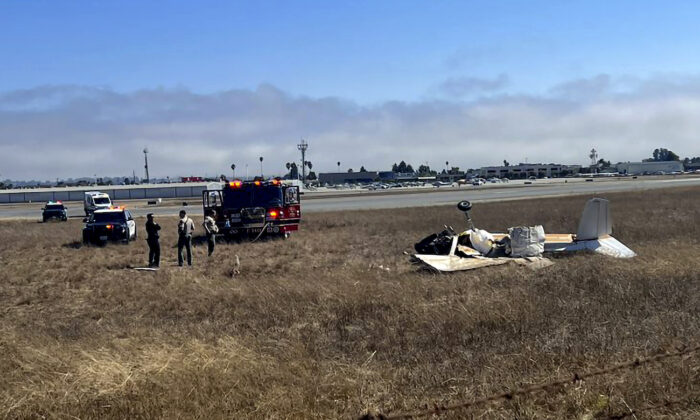 Multiple people have been reported dead on Aug. 18 after two planes collided at an airport in California while trying to land there, according to reports.

In a statement, the City of Watsonville announced that the crash occurred shortly before 3 p.m. local time.

An image shared by the city showed firefighters on the scene of what looks like the wreckage of one small plane that hit a small hangar at the airport. Other photos and videos showed another plane having fallen in a grassy field near the airport.

The FAA said it will be investigating the crash with the National Transportation Safety Board, which will be in charge of the investigation.

It wasn’t immediately clear what caused the crash.