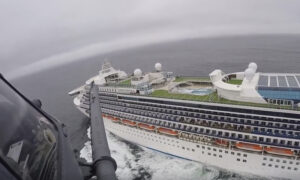 21 on Cruise Ship Off California Test Positive for Virus
0 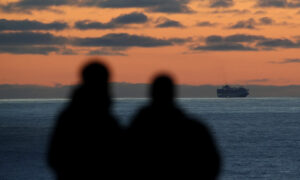 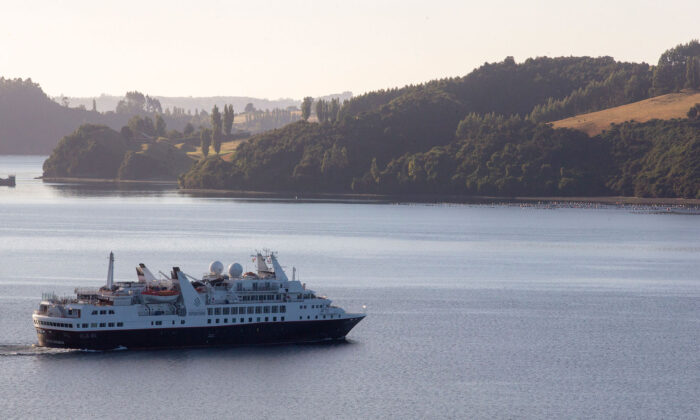 Several cruise ships are stranded at sea, some with confirmed coronavirus cases on board, as the pandemic expands around the globe.

Some ships have been denied port, leaving them to anchor off the coast of a country. Other cruises have docked with quarantined passengers aboard.

Three cruise ships have confirmed cases of coronavirus on board: the MS Braemar, Silver Shadow, and Silver Explorer.

Here is the status of the cruise ships in limbo that we know of.

Status: Stranded in the Bahamas, heading toward Cuba.

A cruise ship with at least five confirmed coronavirus cases spent days frantically searching for a place to dock after it was refused several ports of entry in the Caribbean.

Four passengers and one crew member aboard the MS Braemar tested positive for the virus, according to a statement from British company Fred Olsen Cruise Lines, which owns the Braemar.

Twenty passengers and another 20 crew members, including a doctor, are in isolation after displaying influenza-like symptoms while traveling on the ship, Fred Olsen Cruise Lines said on Sunday.

The Braemar is anchored about 25 miles offshore in the Bahamas. It’s currently being resupplied with vital food, fuel, and medication.

The United Kingdom entered into discussions with authorities in Cuba and the United States to find a suitable port for the Braemar, according to British government sources familiar with the efforts.

Now Cuba has said it will receive the ship and “comprehends the difficult situation these passengers find themselves in,” a diplomatic source in Cuba told CNN.

Cuba said it would allow the ship to dock there out of “humanitarian concerns” and the need for “a shared effort to confront and stop the spread of the pandemic.”

Braemar is heading to the port of Mariel, it’s not yet clear when the ship will arrive.

Fred Olsen Cruise Lines said that once all ships currently at sea return home, the “cruise operation will then pause all ocean cruise operations until 23rd May.”

A Canadian passenger tested positive for coronavirus March 14 on the Silver Shadow, which is docked off the port of Recife in Brazil, according to Brazil’s state news agency Agencia Brasil.

Royal Caribbean confirmed the case on the Silver Shadow on Sunday.

“Two guests aboard the Silver Shadow have been medically disembarked in Recife, Brazil, and one has tested positive for COVID-19,” Royal Caribbean said in a statement.

The ship’s 609 passengers have been in isolation since March 13 when a passenger showed symptoms similar to coronavirus, Agencia Brasil said on March 14.

One of the passengers who disembarked, a 78-year-old man from Canada, had a fever, cough, and difficulty breathing. He was sent to a private hospital in the city.

The Silver Explorer docked in Castro, Chile, on March 14 after a passenger tested positive for coronavirus, Chile’s Health Minister Jaime Manalich said during a press conference in Santiago.

An 83-year-old British man is in “good condition” and being treated at the Coyhaique Hospital after testing positive, Manalich said. Royal Caribbean, which owns the Silver Explorer, confirmed the coronavirus case on Sunday.

“One guest aboard the Silver Explorer has been medically disembarked in Castro, Chile, also testing positive for the virus,” the statement said.

The cruise ship is carrying 111 passengers and 120 crew members, according to Chilean officials.

While no one has tested positive for coronavirus on the Golden Princess anchored off New Zealand, at least three passengers have been quarantined by the ship’s doctor, according to local health officials.

One passenger developed symptoms similar to coronavirus and was being treated as a suspected case, according to the Canterbury District Health Board. Two other passengers had contact with a confirmed case in the past two weeks.

The ship is anchored in Akaroa Harbor near Christchurch so there could be “precautionary health testing” of guests who traveled on an international flight from Los Angeles, Princess Cruises said in a statement to CNN. The flight had a passenger who later tested positive for coronavirus in Australia. The cruise line said the airline passenger who tested positive has never been on board its ship.

The passenger with respiratory symptoms tested negative for coronavirus, Princess Cruises told CNN on Sunday. The Golden Princess was cleared to leave and set sail for Australia.

“We have also apologized to guests that this means that the remainder of their New Zealand itinerary has been canceled,” the cruise liner said in a statement to CNN.

Passengers have not been allowed to disembark the ship. The Golden Princess departed Melbourne on March 10 for a 13-day voyage, Princess Cruises said.

Status: Stranded in the South Pacific Ocean, no cases reported.

The Norwegian Jewel is searching for a port in the Pacific Ocean after being denied permission to dock at two previously scheduled ports, Norwegian Cruise Line said.

The ship is at sea in the South Pacific Ocean off the coast of Suva, Fiji, as of Sunday evening.

The cruise was scheduled to disembark Sunday in Papeete, French Polynesia, but the port was canceled, the company said. Another scheduled port of Lautoka, Fiji, on March 17 was also canceled.

“We are actively working to find an alternative port and are communicating with guests regularly as we have further information,” the cruise line said in a statement.

CNN is not aware of any reports of coronavirus cases on board the Norwegian Jewel.

Norwegian Cruise Line announced suspension of services from March 13 – April 11. “Voyages that are underway will conclude and guests will be disembarked as soon as possible and assisted with travel arrangements,” said the cruise line in a statement.

Status: At sea in the Indian Ocean, heading to Fremantle, Australia, but docking rights uncertain.

Pacific Princess, owned by Princess Cruises, departed in January for its 111 day around the world voyage.

According to passenger CJ Hayden, no one on board has COVID-19 symptoms, but the ship’s trajectory has become increasingly uncertain as ports are closing.

Hayden tells CNN the last time the ship successfully docked at a port was on March 3, in Exmouth, Western Australia.

Since then, stopovers at Bali, Singapore, and Phuket were canceled, due to fears over coronavirus.

The Pacific Princess was later refused entry by Sri Lanka while en route.

“We were allowed to dock at a commercial port for fuel, food, and water but no one could get on or off. Their workers and ours wore masks and stayed apart,” says Hayden.

The ship was refused at the Seychelles, and abandoned its subsequent trek to Zanzibar, as more ports started to close.

Hayden says the ship is currently heading to Fremantle, Australia, due to arrive March 21.

But Australia has closed ports to cruise ships, so this destination remains uncertain.

On March 12, Princess Cruises announced “a voluntary and temporary pause of global operations” for 60 days.

“Current voyages that are underway and extend beyond March 17 will be ended at the most convenient location for guests, factoring in operational requirements,” reads the statement.

The Celebrity Eclipse is anchored in San Antonio, Chile. Celebrity Cruises is working with government officials to provide a controlled disembarkation plan to make sure guests have a way to leave the country, a spokesperson said.

The Azamara Pursuit, which is off the coast of Chile, is working on a plan to disembark passengers and get them home safely, an Azamara spokeswoman told CNN. The ship left Ushuaia, Argentina, on March 8 carrying 675 passengers and 389 crew members, Chile’s Health Minister Jaime Manalich said Saturday.

P&O Cruises announced suspension of any new cruises until April 11, with current cruises currently heading back to Southampton, England.

“We can confirm we have not had any guests in isolation nor any guests who have presented with influenza like symptoms on Black Watch, Boudicca or Balmoral,” says Fred Olsen Cruise Lines.