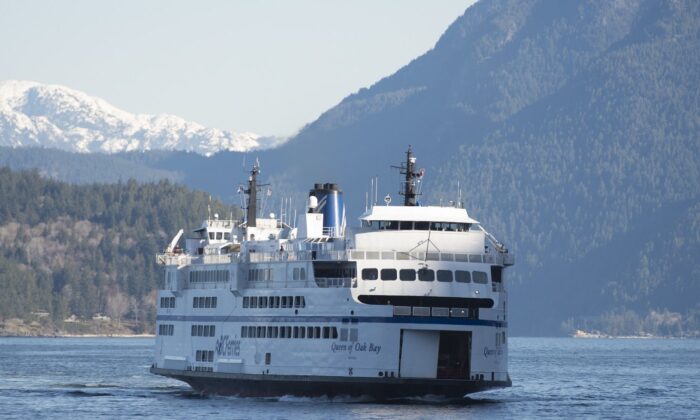 Multiple BC Ferry Delays After Man Arrested Aboard Vessel in Nanaimo

DELTA, B.C.—BC Ferries says multiple sailings will be delayed and others may be cancelled following a police incident last night aboard a ferry in Nanaimo.

It has provided no details about what happened on the Coastal Inspiration, which sails between Duke Point and Tsawwassen, but says availability of crew is also a factor in significant delays that could affect 10 sailings.

RCMP Staff Sgt. Gary O’Brien in Nanaimo says police were called at about 9 p.m. Thursday about two men who were behaving erratically aboard the ferry.

He says one person was arrested and the other walked off the vessel, based on evidence from security cameras and statements from passengers.

O’Brien says the men in their 30s were travelling from outside the Vancouver area and appeared to be intoxicated on drugs.