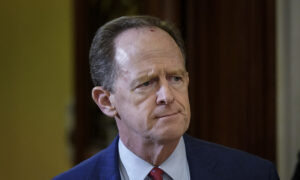 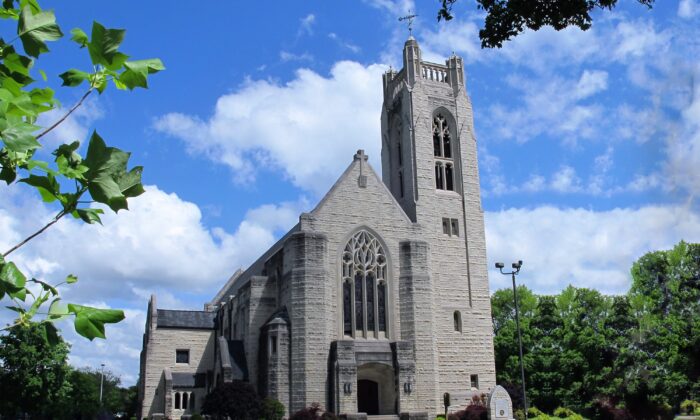 Attorneys representing a College of the Ozarks’ challenge of a Biden administration order that students share unisex living quarters are heartened by something that doesn’t often happen.

“By far, in nearly any case, any appeal at any level of court in the federal and state system, it’s very rare to have any amicus briefs at all,” Alliance Defending Freedom (ADF) senior attorney for regulatory litigation Julie Blake told The Epoch Times on Aug. 16.

“To have any amicus briefs signals the public importance of the case and that the issues in the case affect much more than just the party in front of it.

She was referring to an amicus brief filed Aug. 13 on behalf of Missouri’s College of the Ozarks, which is challenging an executive order issued by President Joe Biden on his first day in office.

The order directs all federal agencies to reinterpret Title VII of the 1964 Civil Rights Act in light of the Supreme Court’s 2020 decision in Bostock v. Clayton County, which held that prohibitions on sex-based discrimination must include an individual’s gender identity and sexual orientation.

Following the order, the Department of Housing and Urban Development (HUD) issued a Feb. 11 directive applying Biden’s action to all entities covered by the Fair Housing Act of 1974, which includes college and university dormitories.

The college is suing in a federal district court because campus officials expect the logic of the Biden order and HUD directive to require the banning of gender-segregated dorms, bathrooms, and showers. The suit was filed on April 15 by ADF on the college’s behalf.

A federal district court in May denied the college’s request for a temporary injunction against enforcement of the HUD directive, pending resolution of the litigation. The college then appealed to the U.S. Court of Appeals for the 8th Circuit.

The Point Lookout, Missouri, college is a private Christian institution originally established in 1906 that doesn’t charge tuition but instead provides students with jobs on campus and other financial assistance that enable them to work their way to a degree.

The ADF is an Arizona-based public interest law firm that specializes in religious freedom litigation. The firm has been involved in a dozen Supreme Court decisions, including the landmark Masterpiece Cakeshop v. Colorado Civil Rights Commission, which affirmed that an individual couldn’t be required to provide a service or message that conflicted with his or her religious views.

The AGs argue in their brief that the college’s “pre-enforcement suit raises serious challenges to expansive and potentially boundless executive action that tramples religious liberties.”

The AGs further contend that, according to the college, “HUD issued this Directive without considering how it would affect religious organizations. Assuming, as the Court must, that this is true, it is a fatal omission that renders the rule substantively arbitrary and capricious.”

Separate briefs were filed by the Institute for Faith and Family, America First Legal, and Mountain States Legal Foundation.

In its brief, America First Legal told the appeals court that the HUD directive implementing Biden’s order must be vacated because it failed to include a public notice and comment period, as required by the Fair Housing Act and the Administrative Procedure Act.

“The HUD Directive is legislative, having force and effect of law, providing a predicate essential to enforcement, and impacting the rights and interests of the College and its students,” the brief said.

“Yet HUD did not give notice or provide opportunity for public comment, promulgating it without the procedure required by law, and so this Court must vacate it.”

Blake expressed guarded optimism to The Epoch Times about the ultimate outcome of the case, noting that the appeals court hadn’t yet said anything about it, “but we do know that the court of appeals is very protective of speech and very much wants the courts to be opened to people whose speech is burdened by government actions.”

“We have shown the court many of its precedents in which it has protected speech and those precedents should apply equally to a college’s right to speak and to practice based on its chosen beliefs,” she said.