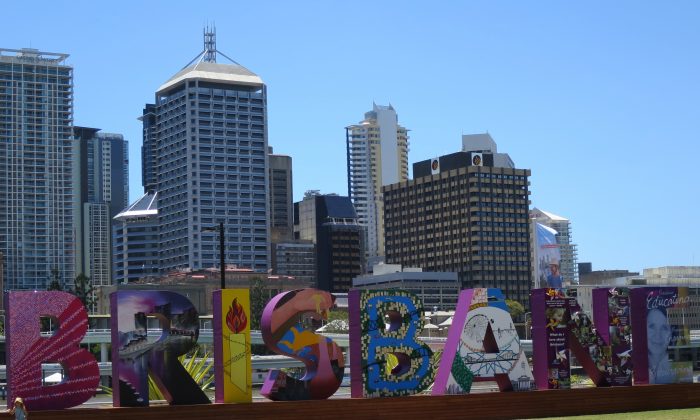 SYDNEY—The G20 leaders summit in Brisbane may not achieve all that is hoped for but one area where progress may be likely is tax reform.

Australia, as chair of the G20 this year, set an agenda of economic growth and jobs. Prime Minister Tony Abbott made it clear that along with trade, infrastructure and banking, taxation will be the focus and particularly singled out tax avoidance by large multinational companies.

“The G20 will address the issue of businesses that generate profits in order to chase tax opportunities rather than market ones,” he said in a statement.

“For the leaders of countries generating 85 per cent of the world’s GDP merely to agree on the principles needed for taxation to be fair in a globalised world would be a big step forward,” he added.

Kerrie Sadiq, Professor of Taxation at Queensland University of Technology says it will be a slow, incremental process but believes there will be a commitment from countries to address multi-national profit shifting

“I am optimistic there will be positive outcomes, that there will be commitment to certain tax reforms,” she said in a phone interview.

Concerns about tax avoidance by big companies like Apple and Google have heightened with the revelation that around 340 multinational companies had made secret profit shifting agreements with the tiny European country, Luxembourg.

Using complicated financial systems which siphoned off profits from subsidiaries in high taxing countries to financial entities in the low taxing Luxembourg, companies like Deutsche Bank, IKEA,,Burberry, Amazon and Pepsi have avoided paying billions of dollars in tax.

The findings, which stemmed from leaked government documents, were released by the International Consortium of Investigative Journalists, (ICIJ) Nov 5.

In one finding, the COACH handbag empire paid 250,000 euros in taxes in 2012 on 36.7 million euros in earnings which were channeled into Luxembourg. In a secret agreement, the company paid a tax rate of less than one percent, the ICIJ investigation found.

Known as Base Erosion and Profit Shifting (BEPS), the process where companies move profits out of high taxing countries into subsidiaries in low or even no taxing countries, is not illegal and there-in lies the problem. The laws, originally formulated to protect companies with foreign interests from paying tax twice, are now outdated.

“What they are doing is using these existing laws written for traditional multi-national entities to engage in various profit shifting entities,” Prof Sadiq said.

Tax reforms were recommended by the Organisation for Economic Cooperation and Development (OECD) as part of a joint program with the G20. The reforms include changes to the corporate tax laws as well as requirements for more transparency and country to country information sharing.

Self Interest a Concern

Rev. Tim Costello, CEO of World Vision and chairman of the C20 or Civil Society 20, says he is worried there will be little action on the issue.

Business groups, lobbying for less red tape and restrictions, are putting pressure on some leaders, he said, while a number of influential countries clearly benefit from the tax loopholes.

“A lot of tax havens have postage stamps with the Queen’s picture on them,” he said referring to a number of British tax havens including London, Jersey, the Isle of Man plus Bermuda, the Cayman and Virgin Islands

“So self interest is all over the shop which is why we are a little worried,” Rev Costello told the ABC.

Reforms around transparency are critical, he said, warning G20 leaders that a growing “trust deficit” was a greater concern than any budget deficit.

“People no longer trust the political process,” he said.”People are asking ‘if we’re paying our tax, why is it optional for the rich’?

Professor Sadiq remains optimistic the G20 countries will recommend action on tax reform saying it is in every country’s interest that companies making profits in their jurisdictions pay tax.

“All we are really saying is that these companies are profiting from the sales in certain countries but not actually paying tax there,” she said.

She says it will be up to individual countries to implement G20 recommendations and warned of civilian action should they not.

The US coffee chain Starbucks, which for years declared losses in the UK despite having hundreds of stores in the country is an example. Outed for tax dodging, the backlash through boycotts and protests eventually drove Starbucks to start paying tax in the UK.

Speaking at a press conference following the C20 meetings, Dr Cassandra Goldie, CEO of the Australian Council of Social Service (ACOSS) emphasised the critical role of civil society in driving the reforms.

“The broader public has a key role to play there in putting the consumer pressure on those corporations, to make sure that we are all contributing to the tax base on a fair and equitable basis around the globe,” she said.