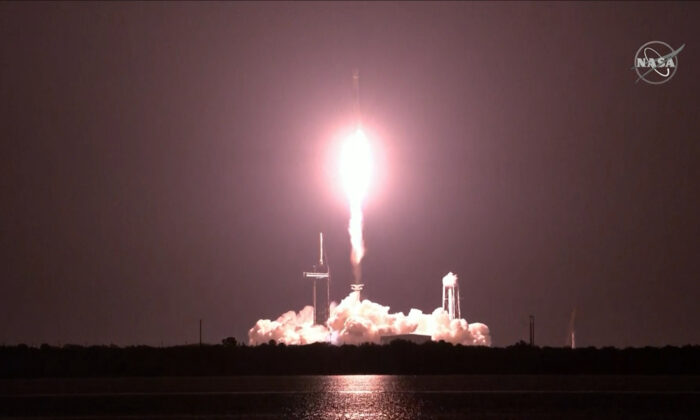 Views of SpaceX Falcon 9 rocket climbing, on Dec. 9, 2021, in a still from video. (NASA TV/AP/Screenshot via The Epoch Times)
Space

IXPE will look at extreme events as they happen in Space, revealing in more details about events like exploding stars, or spinning black holes.

It can penetrate large amounts gas and dust, to provide a view of parts of the galaxy that normally can’t be seen.

The IXPE observatory has three identical telescopes made of mirrors and detectors which are separated by an extendable mast.

The mirror section of each telescope contains 24 nested mirrors that collect and focus X-rays.

According to NASA the telescopes have extremely sensitive detectors which have been developed by Italian scientists.

They track and measure all four properties of the incoming light, this includes its arrival time, its direction, energy, and polarization.

IXPE’s mission over two years is to observe more than 50 brilliant objects such as the leftovers of huge stars which have exploded into supernovae. (supernovas)

It will also look at a supermassive black hole at the heart of our own Milky Way galaxy as well as the dense remains of stars like the Crab Nebula.