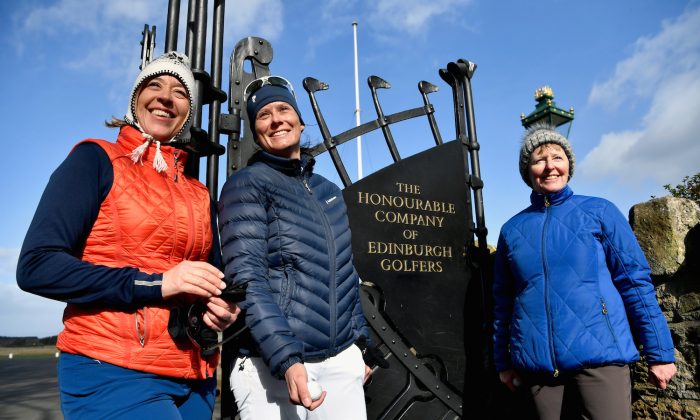 Sometime the pace of change in golf is glacial. Case in point: The Honourable Company of Edinburgh Golfers—known simply to many as Muirfield. The quest to welcome women to the club took 273 years to come to fruition as the club came into existence in 1744.

In May 2016 an initial vote failed to achieve the needed 2/3 threshold to change the bylaws of the club. Upon the results of that vote, the governing body for The Open Championship, the R&A, swiftly stated no future Open would took place at the club.

The 16th Open staged at Muirfield in 2013 was vintage golf theater. American Phil Mickelson played brilliantly in the final round with four birdies in the closing six holes, firing a concluding 66 to garner his first Claret Jug.

The impact of having no future role with The Open prompted club leadership to announce in June 2016 to schedule a second vote in order to secure reconsideration.

“This is a significant decision for a club which was founded in 1744 and retains many of the values and aspirations of its founding members,” Muirfield’s club captain Henry Fairweather said, according to the BBC. “We look forward to welcoming women as members who will enjoy, and benefit from, the great traditions and friendly spirit of this remarkable club.”

Two hundred seventy-three years may be a long time to wait, but for one of golf’s most storied clubs, the move to admit women meant an unrelenting spotlight on its operations given the movement from other men’s only clubs in the United Kingdom, which followed suit a few years prior. Royal St. George’s and Royal Troon, also Open venues, adopted policies that ended their “men’s only” status.

In all probability, the next available slot for Muirfield to host The Open will come in 2022. The Old Course at St. Andrews is the likely host venue in 2021, the 150th anniversary of the event’s start.

If Muirfield had remained banished, it’s likely the R&A would have sought another club in the greater Edinburgh area given the city’s stature as capital of Scotland. The amount of revenue, as well as global visibility, involved likely also played a role in convincing fence sitters on the issue to consider the consequences of being forever banished to the sidelines from ever hosting again golf’s oldest major championship.

There has never been an issue with the quality of the design of the links at Muirfield. The course is consistently selected among the top ten layouts in the world.

Despite Muirfield’s re-emergence to the 21st century golf scene, the issue of women admittance to men’s only clubs is still a major concern for the upcoming 2020 Summer Olympic Games hosted in Japan.

Kasumigaseki Golf Club, the host venue, is a men’s only club and is the planned site to stage the men’s and women’s golf competitions. Pressure has been brought forward on several fronts should the club opt to remain as they are. It is a near certainty a substitute location will be found if the club policy is not altered.

The continued existence of such clubs serves as a weighty anchor around golf’s neck as the sport struggles to expand its base of players to not only women but also millennials and minorities. Nonetheless, the sport cannot afford to dig its heels in the sand.

Who can forget former Masters chairman Hootie Johnson in 2002 when he emphatically stated Augusta National, a previous men’s only club and site of the annual Masters event, would be forced to admit women only “at the point of a bayonet.” Augusta did open its door grudgingly and on its own timeline.

One can only wonder if the open door policy to women has been done from a spirit of meaningful inclusion or simply because of self-interest tied to other concerns.