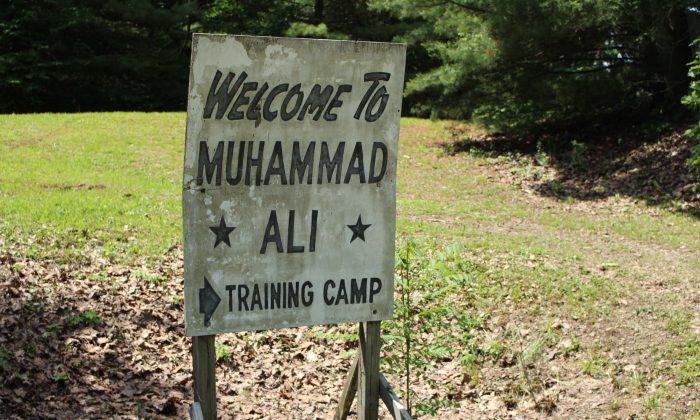 The purchase price was not disclosed.

“It’s sinking in. I’ll be heartbroken, but it’s time to move on,” Dillman told The Associated Press on Thursday.

Mike Madden, a real estate developer, has no immediate plans for the property beyond making sure its history is preserved, said Sandy Montag, John Madden’s longtime agent.

Obama Mourns Death of Mohammad Ali: He Fought For Us

“He’s a huge Muhammad Ali fan. Huge,” Montag said. “He will preserve the history that is there and supplement that. Muhammad Ali was the greatest of all time and a place like this should be preserved.”

Ali who died last month, bought the wooded 5-acre tract in 1972 and installed 18 primarily log buildings, including a gym, a dining hall, a mosque, visitors cabins and a horse barn. He trained at Deer Lake until his last fight in 1981, using it to prepare for his major bouts against George Foreman and Joe Frazier.

The camp still looks much as it did in Ali’s day. His desk and typewriter occupy an office near the gym. The dining hall has the original stove and kitchen table. His footprints can be seen on the wood-planked ceilings – Ali had trod on them while the camp was under construction.

Ali sold it in 1997 to Dillman, who trained Ali and once operated it as the Butterfly & Bee Bed and Breakfast.

On Thursday, Dillman fondly recalled sparring with Ali and working with him on his foot positioning and hand speed.

“We took a karate back fist and converted it into an overhand right,” he said.

Dillman said his son intends to manage a bed and breakfast and continue to run martial arts camps at the site.