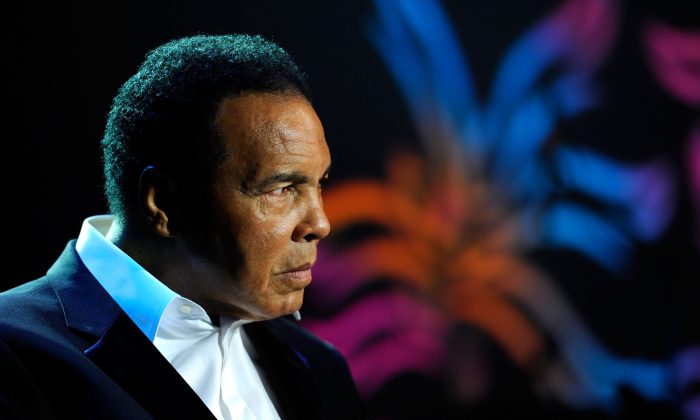 Muhammad Ali Wrote His Own Eulogy in His 2013 Autobiography

The former world heavyweight champion was admitted to a hospital in Phoenix, Arizona, on June 2 and passed away the following day.

In his 2013 autobiography, The Soul of a Butterfly: Reflections on Life’s Journey, Ali already had the material for his own eulogy:

How I Would Like To Be Remembered
“I would like to be remembered as a man who won the heavyweight title three times, who was humorous, and who treated everyone right. As a man who never looked down on those who looked up to him, and who helped as many people as he could. As a man who stood up for his beliefs no matter what. As a man who tried to unite all humankind through faith and love. And if all that’s too much, then I guess I’d settle for being remembered only as a great boxer who became a leader and a champion of his people. And I wouldn’t even mind if folks forgot how pretty I was.”

Ali is survived by his fourth wife, Lonnie and nine children, including daughter Laila, who, followed in her father’s footsteps as a world champion boxer.

His funeral and jenazah—a Muslim funeral prayer service—will both be open to the public, his spokesman Bob Gunnell told CNN.

“Ali spoke of inclusiveness his entire life,” Gunnell said. “We want this to be inclusive of everyone.”

One of the services will be held at Ali’s last hometown fight in Louisville, Kentucky; the jenazah, will take place on June 9 at Freedom Hall, where Ali defeated Willi Besmanoff on Nov. 29, 1961.

All faiths are welcome at the jenazah, which starts at noon and is expected to last at about 30 minutes.

Last, Ali’s funeral will be held on Friday, June 10 at the KFC Yum! Center, a basketball arena in Louisville that holds up to 22,000 seats.

For those who are unable to attend Ali’s funeral, it will be streamed from www.alicenter.org.