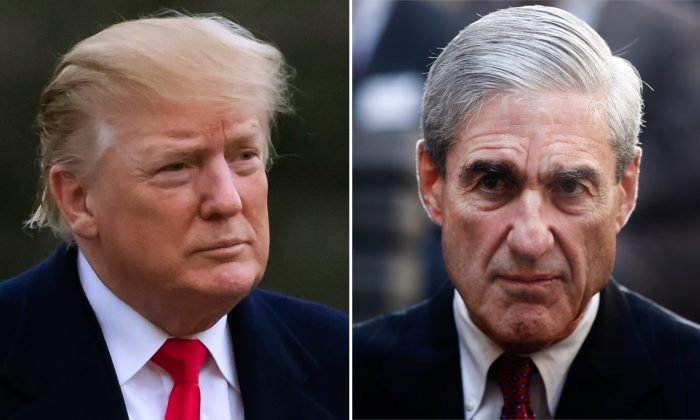 President Trump’s campaign has raised more than $1 million since the public release of the redacted Mueller report, according to campaign COO Michael Glassner.

“The release of the full Mueller report directly led to the campaign raising more than $1 million,” Glassner told the New York Post. “Relative to our recent daily average, the Mueller news drove a 250 percent increase in fundraising from grassroots donors.”

“Sorry Trump Haters. The biggest Waste of Money Witch Hunt in history is finally over. The attacks and lies will keep coming heading into 2020. That’s why we need to fight back BIGGER and STRONGER than ever before,” Trump campaign sent out a text message with a goal of raising $1 million in 24 hours.

The campaign announced in another text message on Friday afternoon, April 19, that they had hit its goal, the Washington Examiner reported.

Trump’s 2020 presidential campaign raised more than $30 million in the first quarter of 2019, far outpacing the haul of every Democratic contender during the same period, The Epoch Times reported.

The president ended the quarter with more than $40 million in the campaign account.

In the report released on April 18, special counsel Robert Mueller had concluded that there was no collusion between Trump or his campaign and Russian actors who sought to influence the 2016 presidential election.

“After carefully reviewing the facts and legal theories outlined in the report, and in consultation with the Office of Legal Counsel and other Department lawyers, the deputy attorney general and I concluded that the evidence developed by the special counsel is not sufficient to establish that the president committed an obstruction-of-justice offense,” he announced in a press conference before releasing the Mueller report to Congress committee and the public.

Trump Lashes out at Mueller Report

Hours after the Mueller report was released, Rep. Jerrold Nadler (D-N.Y.), chairman of the House Judiciary Committee, issued a subpoena to the Department of Justice demanding a full version of the Mueller report and the underlying evidence by May 1.

“I am open to working with the Department to reach a reasonable accommodation for access to these materials. … My Committee needs and is entitled to the full version of the report and the underlying evidence consistent with past practice,” Nadler said in a statement.

This morning, @HouseJudiciary has issued a subpoena to the Department of Justice for the full the Mueller report and the underlying materials. DOJ is required to comply with that subpoena by May 1. pic.twitter.com/nzu9O5CC36

Sen. Elizabeth Warren (D-Mass.) went one step further to call on the House to begin impeachment, but others in the Democratic party seemed wary of such a push.

To ignore a President’s repeated efforts to obstruct an investigation into his own disloyal behavior would inflict great and lasting damage on this country, and it would suggest that both the current and future Presidents would be free to abuse their power in similar ways.

As some Democrats called for drastic action, Trump lashed out at the Mueller report in a string of Twitter posts on Saturday morning.

“Despite the fact that the Mueller Report should not have been authorized in the first place & was written as nastily as possible by 13 (18) Angry Democrats who were true Trump Haters, including highly conflicted Bob Mueller himself, the end result is No Collusion, No Obstruction!” he tweeted.

“The Fake News Media is doing everything possible to stir up and anger the pols and as many people as possible seldom mentioning the fact that the Mueller Report had as its principle conclusion the fact that there was NO COLLUSION WITH RUSSIA. The Russia Hoax is dead!” he continued.