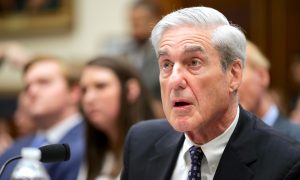 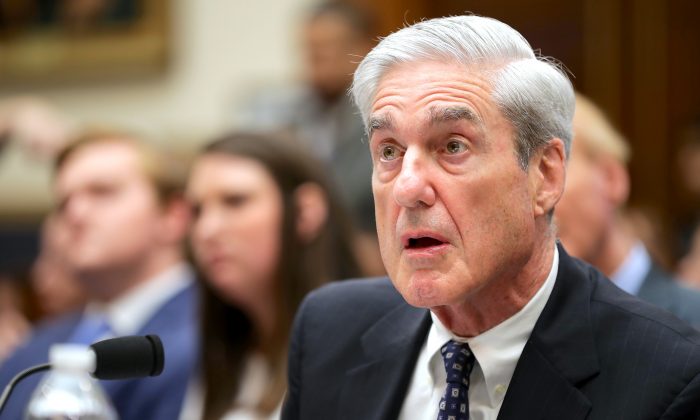 Former special counsel Robert Mueller’s investigation into Russian meddling of the 2016 presidential elections cost a total of nearly $32 million, according to the Department of Justice (DOJ).

Mueller submitted his 448-page report on the probe to Attorney General William Barr earlier this year. The report found that President Donald Trump did not collude with Russia to interfere in the 2016 elections but it also was silent on whether the president had obstructed justice.

The special counsel office spent $16.4 million since the investigation began in May 2017, according to four expenditure reports filed within the last two years. The department also incurred $15.3 million for the investigations irrespective of whether Mueller was appointed as special counsel. In total over the last two years, the office spent $31.8 million on the Russia probe.

According to the reports, the majority of the expenditure was on salary and benefits, which came to almost $9.8 over the last two years. Moreover, Mueller’s office spent about $3.1 million on rent, communications, and utilities, and almost $1.6 million on travel.

Trump has repeatedly criticized the former special counsel’s investigation, calling it a “Witch Hunt.” Mueller’s investigation did not result in any charges of collusion but has resulted in indictments for dozens of Russian nationals and companies as well as a number of former Trump associates.

The president has also previously blasted the anticipated price tag of the investigation predicting that it would cost about $40 million.

“When will this illegal Joseph McCarthy style Witch Hunt, one that has shattered so many innocent lives, ever end-or will it just go on forever? After wasting more than $40,000,000 (is that possible?), it has proven only one thing-there was NO Collusion with Russia. So Ridiculous!” Trump said back in November last year.

When will this illegal Joseph McCarthy style Witch Hunt, one that has shattered so many innocent lives, ever end-or will it just go on forever? After wasting more than $40,000,000 (is that possible?), it has proven only one thing-there was NO Collusion with Russia. So Ridiculous!

A final statement of expenditure accrued over the course of the investigation including additional administrative costs or adjustments associated related to concluding the probe is anticipated later in 2019, the report said.

Last month, Mueller appeared before Congress to testify on the findings of his report. Following the report’s release, Democrats ramped up their investigations and subpoenas in hopes of gathering information that could be used to prepare for an impeachment proceeding. Mueller was subpoenaed to appear before Congress to testify by Reps. Jerrold Nadler (D-N.Y.) and Adam Schiff (D-Calif.) back in June.

During the first of two hearings, Mueller stood by the report’s conclusion, saying that he did not find evidence of a criminal conspiracy between President Trump and his associates with Russia, after being grilled by lawmakers from both sides of the aisle. But he also stated that it did not exonerate the president from the obstruction of justice charge.

One Republican lawmaker, Rep. John Ratcliffe (R-Texas), questioned Mueller about his team’s unusual decision to state in the report that the president was not exonerated from the obstruction of justice charge, despite not making a prosecutorial decision on it.

FBI veteran Marc Ruskin, who also served as an assistant district attorney in New York and a contributor to the Epoch Times, said in a previous interview that the role of a prosecutor is not to exonerate or not exonerate a person who is suspected of a crime.

“That’s the job of a judge and jury. The investigators and the prosecutors present the evidence and they present the facts in the manner that should be most favorable to the truth and what they should be trying to seek is that justice is done,” Ruskin said.

“The job of exonerating, not to be repetitive, is the judge and jury who do the exonerating. So it’s important here that we keep a clear view of what the role is of the prosecutor and what the role is of the investigator. And it’s not to make a determination of guilt or innocence and it’s not [to] exonerate you or not exonerate. It’s to find the truth and present that to a judge and jury,” he added.