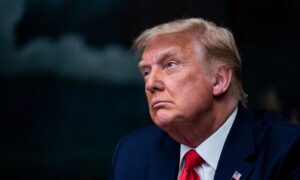 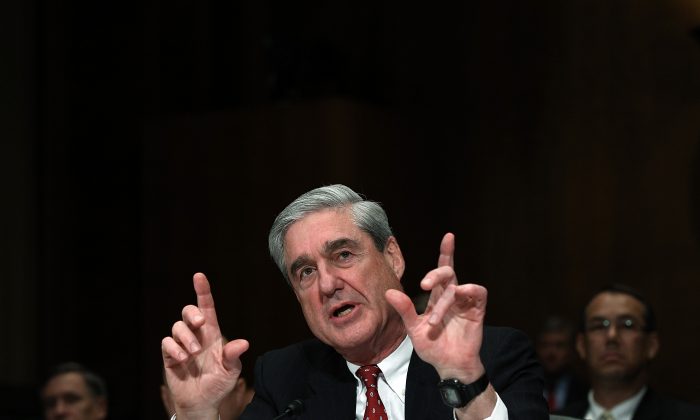 As the politically charged case against a Russian troll farm reaches court, the chickens have come home to roost for its prosecutor Special Counsel Robert Mueller, who, moreover, may have counted them before they hatched as one of the indicted companies may have not even existed during the time of the alleged crimes.

On Feb. 16, Mueller indicted 13 people and three companies that allegedly ran the Russian campaign mainly through social media intending to “spread distrust towards the candidates and the political system in general,” before and during the U.S. presidential election.

The indictment (pdf) stated the operation opposed Hillary Clinton and other candidates such as Ted Cruz and Marco Rubio, and supported Bernie Sanders and Trump.

The defendants could have simply avoided coming to the United States and thus never face trial. Mueller didn’t expect to ever bring the charges to court, commented former federal prosecutor Andrew McCarthy.

But one of the defendants, a Russian company named Concord Management and Consulting, hired lawyers and volunteered to stand trial.

And the trial, so far, hasn’t gone too well for Mueller as the defense lawyers have repeatedly castigated his team for professional missteps, “pettifoggery,” and even indicting a ham sandwich.

The ham sandwich reference dates back to 1985, when New York Chief Judge Sol Wachtler told the New York Daily News that government prosecutors have so much power over grand juries, they can make them indict, in a sense, just about anybody—or anything.

The defense lawyers, Eric Dubelier and Kate Seikaly of the Reed Smith firm, are demanding a speedy trial and full discovery, meaning the Mueller team has to give them access to whatever evidence relevant to the case it has, including materials that undermine its case.

Extensive document requests may bring to light how far has Mueller cast his intelligence gathering net to mount the charges against Concord, but if he refuses to produce the evidence and drops the charges, it may look like he was playing politics rather than pursuing justice.

“One thing you never want to do is to indict in a case that you’re not prepared to try,” McCarthy told The Daily Caller.

So far, the Mueller team has not even “extended the common courtesy of providing any reply whatsoever” to the discovery requests, the defense pointed out (pdf).

Mueller has tried to put off the trial, saying Concord hasn’t been properly served, but the lawyers dismissed it as “pettifoggery” because the defendant hasn’t tried to quash the summons, indeed, its counsel voluntarily showed up for the trial.

Dubelier didn’t forget to point out it was Mueller’s fault his client hasn’t been properly served, upbraiding Jeannie Rhee, one of the lawyers representing Mueller’s office, for breaking with the common practice of consulting with the defense counsel (Dubelier) first, before she sent him the summons.

“I find it disturbing that in your first communication you are already behaving in a manner that is inconsistent with the practices of the Department of Justice,” he wrote her in an April 20 email.

District Court Judge Dabney Friedrich, a Trump appointee based in Washington, agreed with Concord and so the arraignment went forward on Wednesday, May 9.

The court transcript, provided by Twitter user @Techno_Fog, shows another embarrassment for the Mueller team.

Magistrate Judge Michael Harvey asked if the defense also represents Concord Catering, another company that Mueller charged and alleged is associated with Concord Management and Consulting. But Dubelier said they’re not representing it, because Concord Catering “didn’t exist as a legal entity during the time period alleged by the government.”

“I think we’re dealing with a situation of the government having indicted the proverbial ham sandwich,” he said.

In the end, Concord pleaded “not guilty” and the case will resume on July 9.

Concord was founded by Yevgeny Prigozhin, a Russian businessman known for once hosting events for Russian President Vladimir Putin at his St. Petersburg restaurant. Aside from holding massive government contracts to feed Russian schoolchildren, government workers, and troops, Prigozhin is allegedly connected to military contractor Wagner Group, which has reportedly fought on the Russian side in Syria and Ukraine.

Prigozhin is also one of the 13 Russians charged by Mueller.

Since December 2016, Prigozhin has faced U.S. sanctions for supporting senior officials of the Russian Federation.

Last year, the Treasury Department imposed sanctions on Concord for being owned or controlled by Prigozhin.

Mueller has recently met with another legal setback, when federal Judge T.S. Ellis, III, a Reagan appointee, questioned why charges in Mueller’s case against Paul Manafort have “nothing to do with Russia.”