News Reporter Helps Save Driver Trapped in His Flooding Truck
0 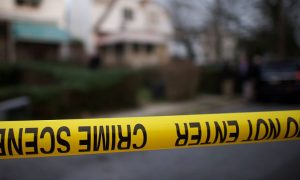 Truck Hits, Kills Driver Who Pulled Over to Change Places With Passenger
0 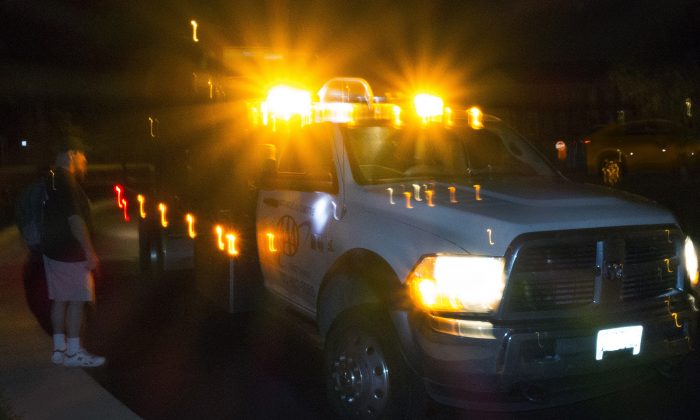 A car owner watches as a tow truck driver hook up a broken down car on its way to repair in Centreville, Virginia, Aug. 9, 2013 in. (Paul J. Richards/AFP/Getty Images)
US News

For many, tow-truck driving may not seem like a very hazardous occupation.

But according the owner of one tow-truck company, one tow truck driver gets killed almost every six days in the United States.

For him, it’s not just a statistic. On Wednesday, Jan. 10, one of his friends and employees was killed.

Bill Giorgis, the owner of Mike’s Wrecker Service in Saginaw, Michigan, got the horrible news on Wednesday night that a tow driver had been hit on Dixie Highway near Zelle Drive.

“My heart sank. We knew we had a driver in the area,” Bill Giorgis told ABC-12. “When the police called us and there is an accident involving a tow man, and they weren’t sure if it was us or not, we immediately headed down there and we realized it was Tom.”

This is Tommy Tripp, he worked as a tow truck driver for Mike’s Wrecker Service in Saginaw. He was killed last night while on duty by a drunk driver. Hear from the president of the company tonight @nbc25fox66 pic.twitter.com/Z6Q8Lu19zC

“Tom” is Thomas Tripp, 41 – a long-time employee who was much loved around the shop. “It’s horrible. It’s unspeakable grief,” Giorgis said. “Heart as big as the city, he is an amazing human being, and just a wonderful person to work with.”

The death was a huge shock to everyone at the shop. Thomas Tripp is the first Mike’s Wrecker Service employee killed on the job since the company opened business more than 60 years earlier.

Tripp had started in the shop in 2007 and, according to his boss, was an excellent employee.

“He was someone that showed up to work on time and he gave 100 percent every day. And he was just a valuable asset to us as a company,” Giorgis said.

Tripp liked to help out when he was off the clock as well, driving a truck to tow floats in various holiday parades in the Saginaw area, and helping with clean-up afterwards.

“He was very active in the community,” his boss, Bill Giorgis, told MLive.com.

Tripp had recently become a grandfather and was reportedly planning to marry his steady girlfriend. His friends and family are still in shock.

“They’re hoping that the next time the door opens it’ll be Tom walking back through,” Giorgis told NBC-25.  “Unfortunately, that’s never going to happen again for them.”

Tripp’s son, Joseph, who just became a father himself, tried to express his grief to his friends on Faecbook.

At first all he could do was ask, simply, “Why did you have to take my dad?”

After a few more posts trying to put into words what he felt for his father, Joseph assembled a short message and a photo tribute.

Thomas Tripp was loading a car onto his flatbed around 8 p.m., helping a woman with a flat tire that couldn’t be repaired roadside. A 49-year-old woman in a Jeep Cherokee ran over him. He was pronounced dead at the scene.

The woman was arrest on suspicion of being intoxicated.

There is a law that says drivers have to leave an empty lane between themselves and emergency vehicles, but no one pays attention to tow trucks.

Saginaw County Sheriff’s Office Lt. Mike Gomez had shared accident scenes with Tom Tripp and had chatted with him during slow moments. He emphasized the dangers tow-truck drivers face.

“Those guys are putting their lives at risk just like us because people look at lights and want to see the crash and while they are trying to see the crash they are not looking at the person who is trying to clear the scene,” Gomez told MLive.  “Anytime you are on the road and there are moving vehicles around you, your life is at risk.”

“I remember talking with him on different things,” Lt. Gomez added. “It’s kind of strange to know that he’s gone.”