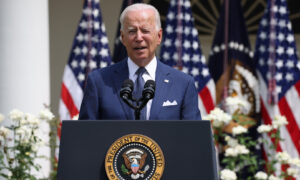 Doug Bandow Interview: US and China Both Hold Illusions About Each Other
0
Share Now
TelegramFacebookTweetEmailTellMeWeReddit
Copy Link 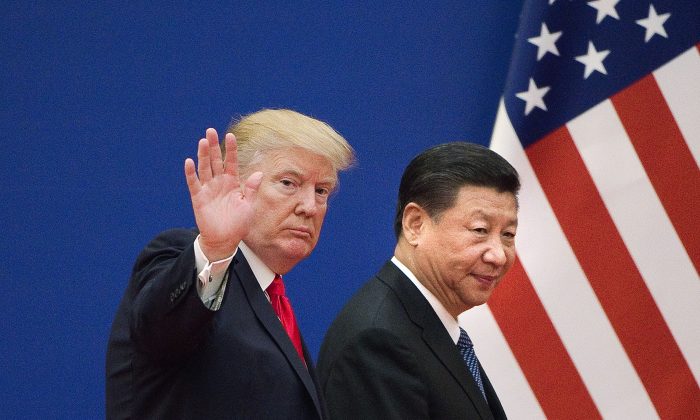 The scheduled meeting between U.S. President Donald Trump and Chinese leader Xi Jinping at the upcoming Group of 20 (G-20) summit in Argentina might be the only chance for the two countries to resolve the current trade dispute.

The tensions have escalated to the point of no return. Trump is intent on going through with his plan to impose duties on all Chinese imports if Beijing doesn’t change its trade practices. The U.S. administration has recently turned to additional measures to punish China’s intellectual property theft, such as imposing an export ban and prosecuting Chinese chipmaker Fujian Jinhua in federal court.

Trump indicated that he wouldn’t back down.

“I’m very prepared [for the G-20 negotiations], I’ve been preparing for it all my life,” he told reporters last week.

Chinese authorities have made some concessions in the run-up to the G-20 summit, seemingly willing to negotiate—such as approving German-based insurer Allianz to set up the first wholly owned foreign subsidiary operating in China.

But while the United States is seeking to negotiate an outcome that can benefit the American people and enable fair trade, the Chinese Communist Party is only interested in maintaining its power.

The Chinese regime is in a crisis. Slowing internal growth—exacerbated by U.S. trade tariffs that have caused stock markets to fall and manufacturers to move production out of China—is squeezing the country’s economy.

But with the regime’s authoritarian rule placing stifling control on every aspect of citizens’ lives, the only way the Communist Party can quell public dissent and justify its reign is by allowing the economy to grow. The Party can then claim credit for the country’s prosperity and people’s wealth.

Faced with mounting economic troubles that threaten its legitimacy, the Chinese regime may choose to concede; but that too would only be a tactic to continue advancing its own interests.

The Chinese regime needs the global market—including foreign investment dollars and export demand—to sustain its wealth. After joining the World Trade Organization, China opened its markets to foreign investment. It became a manufacturing giant, with the world’s largest export volumes. This has allowed living standards to improve and something of a middle class to develop. The Chinese Communist Party can claim that it has allowed the country to become a superpower.

But Beijing’s communist DNA and its historical record of handling international negotiations indicate that China won’t truly be open to embracing the Western economic model.

In the late 1990s, as negotiations were underway for China’s accession to the WTO, the United States and other members made a list of commitments that China would have to follow to introduce market reforms, in hopes that liberalizing the economy would propel the country toward becoming a more open, free society.

The Chinese regime had no intention of following through. But to secure China’s entry, former Premier Zhu Rongji said, “rules are fixed, but people are flexible.” Beijing would study the rules in order to find loopholes.

To this day, Beijing officials study Western economic models and laws not to actually conform to them, but to exploit them for the Party’s advancement.

The “Made in China 2025” industrial plan, for example, is based on Germany’s “Industry 4.0,” a bid to turn China into a high-technology manufacturing powerhouse capable of gaining market share from global competitors. Beijing has pushed an all-out agenda to acquire tech know-how through cyber attacks, buying up foreign companies, and poaching talented engineers and scientists from abroad.

China may now decide to open up with some measures in order to clutch onto the Party’s only means of legitimacy.

But the regime has proven time and again that it doesn’t adhere to promises.

Just take the cyber agreement signed by former U.S. President Barack Obama and Xi in 2015, promising not to conduct cyber commercial espionage against each other. A report released in September by the think tank Australian Strategic Policy Institute found that China didn’t stop such attacks, but instead engaged in more targeted, sophisticated attacks that were harder to detect.

Following reports of a surge in state-owned companies buying up assets in private companies; mandates requiring that Party organizations be established in them; and executives at major conglomerates resigning and being jailed or investigated by Chinese authorities, many entrepreneurs and private-sector executives are nervous about the state’s increasing encroachment on the private sector.

Many are hoping that Trump’s hardline approach will force China to truly reform and abandon to policies that favor state-owned companies and hinder private ones.

As China analyst and commentator Chen Pokong said in a recent online presentation, there are fans of Trump in mainland China—from more liberal-minded Party officials to business owners—who hope U.S. pressure will turn the tide against suffocating Party control.

One Chinese blogger, who goes by the name “A Sword Cutting Through Floating Dust,” used an example from ancient Chinese history to implore Trump to strike the right stance in the G-20 negotiations.

Xiang Yu, a powerful warlord, had plotted to assassinate his rival during a banquet, but decided to spare him at the last moment. The decision backfired, as the rival, Liu Bang, later invaded his territory and united China under the Han dynasty. Ashamed by the defeat, Xiang committed suicide during the final battle.

Pressing the historical allegory, the blogger wrote: “President Trump, in Argentina, please finish the job that Xiang Yu could not.” In other words, don’t go soft on the Chinese Communist Party.