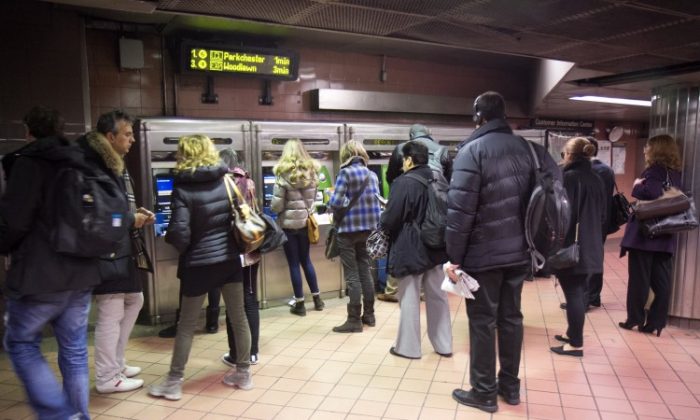 The increases approved for the subway, buses, and Staten Island Railway. (Screenshot/MTA)
US

NEW YORK—Subway, bus, and rail riders in the metro area will have to pay more starting March 2013.

The MTA board unanimously approved a fare raise package Wednesday. A bridge toll increase was also approved—with only one dissenting vote from Allen Cappelli.

The principal increase for the city’s 5.2 million subway riders is the increase of the base fare. A base fare means any number of rides other than a single ride. The base fare will increase from $2.25 to $2.50.

Rising so-called nondiscretionary costs are the main reason for the fare and toll increases. These costs are ones, which MTA officials say they cannot control and include pensions, paratransit, and paying off debt. These costs are estimated to increase almost $5 billion through 2015.

The new fare and toll raises are slated to bring in about $450 million a year.

The raises before that, which started in the summer of 2009, were in the same structure as the current set (the base fare was increased $0.25 while the 7-day ($2) and the 30-day ($6) were not increased as much as they could have been).

There was also a set of hikes that started in March 2008.

Another set of increases is scheduled to be voted on two years from now and go into effect March 2015.