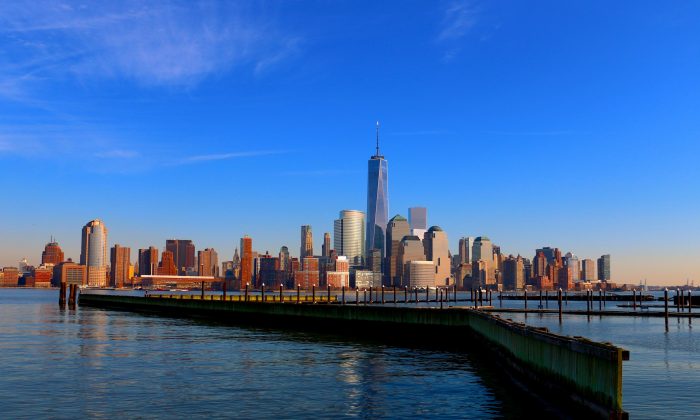 Mysterious metal towers have been popping up in New York City, and no one seems to know what they’re for, CBS New York reports.

They’ve been put up near the city’s tunnels and bridges, and soon 18 of them will be completed.

The towers are expected to cost $100 million.

The president of the Metro Transit Authority’s (MTA) bridges and tunnels, Cedrick Fulton, declined to comment on them.

Polly Trottenberg, the city’s transportation commissioner and a board member of the MTA, says even board members don’t know exactly what they’re for.

“A lot of the board members felt they didn’t have all the details they would have wanted, myself included,” she told CBS New York.

The Chairman of the board, Joe Lhota, only said, “The base of these new pieces that are going up include whatever fiber optics are necessary for those Homeland Security items.”

When pressed for more details about what’s inside them, he said he’s “not at liberty to discuss that.”

Already half the money has been spent on the project, CBS New York reports, prompting concerns from at least one watchdog group about what the money is being spent on.

“It’s a bit mind-boggling that the MTA is approving $100 million for what appears to us to be big, decorative pylons,” John Kaehny, the leader of the watchdog group Reinvent Albany, told CBS New York. “What we’re asking for is transparency from the MTA.”

If the towers involve antiterrorism technology, authorities are likely to want to keep what’s in those towers under wraps.