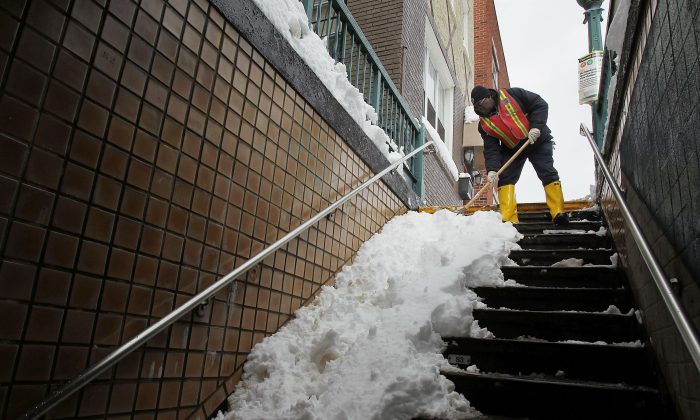 The Metropolitan Transportation Authority has stocked up on snow-fighting equipment in preparation for the winter weather.

Winter operation plans go into effect every year mid-November and this year there will be increased communication and more service alerts for commuters, Governor Andrew Cuomo announced.

MTA is developing a winter weather schedule for certain routes in case of snow and increased traffic from school closures.

“New York’s mass transit system is vital to keeping the city going – and we’re doing everything necessary to make sure that the system runs as smoothly as possible through the cold winter months,” Cuomo stated in a press release.

MTA is putting new all-season tires or snow chains on buses, adding more snow-fighting equipment, and coordinating snow plowing and de-icing with the Department of Sanitation.

Subway cars are also being equipped with ice-scraping mechanisms. MTA is protecting outdoor signal equipment for the 220 miles of outdoor track.

“This year we have invested in more equipment such as new all-season tires to make our bus fleet more safe and better prepared to handle snow and icy roads, and improved technology that tracks our buses and lets us tailor service route by route rather than make blanket service changes.”