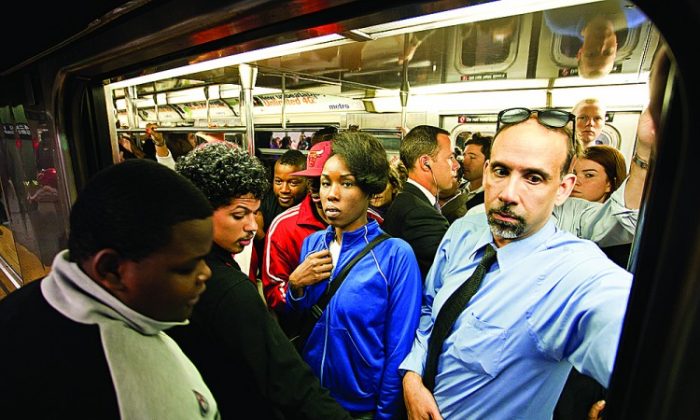 Another fare increase is on the horizon for commuters as they are crowding into a New York City subway. (Amal Chen/The Epoch Times)
US

NEW YORK—Subway and bus fares are likely to increase in March 2013, as the Metropolitan Transportation Authority (MTA) tries to narrow its impending budget deficits.

The MTA has four proposed options to raise fares moving forward, which could include raising the pay-per-ride cost, and/or increasing the monthly unlimited ride pass and the seven-day unlimited pass costs. Under one of the proposals the monthly pass could increase to as much as $125, versus the current $104.

The approval of the MTA’s 2013 budget is set for December, and will include the proposed toll and fare increases.

More funding from Washington could also be an option to help fund the MTA’s capital budget. MTA CEO Joseph Lhota told WNYC radio Thursday he often reminds politicians about Ronald Reagan’s support for the beginnings of public transit, particularly in San Francisco’s Bay Area, when Reagan was governor of California.

“When I go to Washington … I have to deal with all the Republicans, as well as all the young Republicans that are part of the Tea Party,” he said. “I’m constantly reminding them that the best and the biggest supporter of mass transit in the 20th century was Ronald Reagan.”

Reagan cut a lot of taxes but he also took 6 cents from an increase in the gas tax and dedicated it to mass transit, according to Lhota.

Lhota also said officials are studying sources for funding the next capital plan—2015 through 2019. One of the projects up in the air is completing phase one of the Second Avenue subway (72nd Street to 96th Street), as well as future phases that would ultimately take the new line from 125th Street south to Hanover Square near Wall Street.

Lhota’s first and biggest priority is expanding the subway system, continuing to modernize train signals so more trains can run in a set period, and making some of the busier stations bigger.

Public hearings about the proposed fare increases will begin on Nov. 7 in Long Island and Brooklyn.