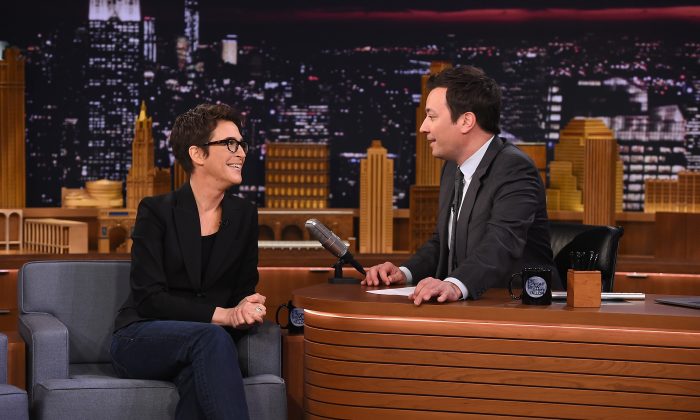 MSNBC host Rachel Maddow lost half of a million viewers in just one week after special counsel Robert Mueller’s report indicated that he did not find enough evidence to support collusion between the Trump campaign and Russia.

Maddow has been one of the most prominent voices on the collusion conspiracy, spending most of her programs over the past two years on allegations that President Donald Trump coordinated with the Russian government to win the 2016 presidential election. Maddow struggled to hold back tears as she delivered her opening monologue last Friday, clearly stunned that Mueller did not bring any indictments against the president or his family.

The implosion of the Russian collusion narrative damaged more than just Maddow’s ego—it, at least temporarily, destroyed her ratings.

“The Rachel Maddow Show” on MSNBC delivered monster ratings for the network, cementing the cable host as the left-wing foil to Fox News’ Sean Hannity. Maddow consistently finished 1st or 2nd in overall cable news ratings over the past year, sometimes garnering more than 3 million viewers.

But according to The Daily Beast, Maddow’s show dropped 500,000 viewers in just one week after the Mueller report dropped.

“Maddow, who has consistently vied for the first or second top-rated cable news program, was sixth on Monday evening, down almost 500,000 total viewers from the previous Monday, as was MSNBC’s second top-rated program in primetime, ‘The Last Word With Lawrence O’Donnell,’” The Daily Beast reported.