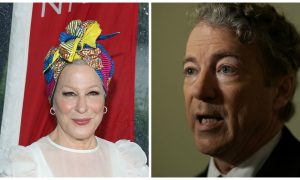 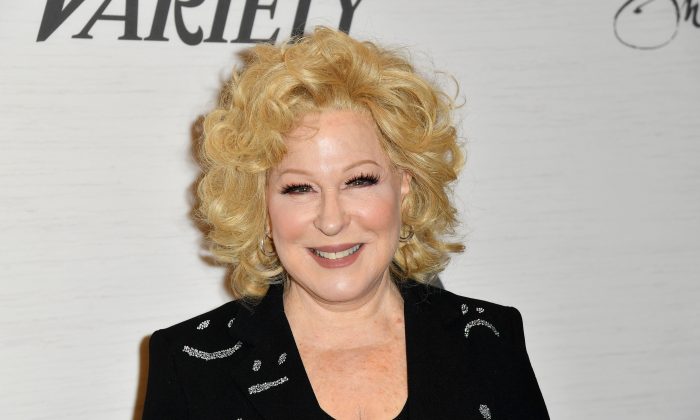 A panel on MSNBC opportunistically utilized a recent feud between President Donald Trump and Bette Midler to attack the president.

Specifically, on MSNBC’s “Deadline: White House,” MSNBC political analyst Elise Jordan criticized Trump, stating: “He loves to call women ‘psychos.’ He loves to call women ‘crazy.’ This is just a continuation of his pattern of behavior his whole life where he hates strong women. He can’t deal with strong women. So right when you’re being hosted by Queen Elizabeth, arguably one of the most powerful women in the world, this is where your mind is.”

Trump doesn’t hate strong women. To the contrary, he welcomes them and their valuable insight and input. However, Midler’s tweet didn’t portray her as a “strong woman,” nor did the president’s response reflect a “hatred” of such women. The panel’s conclusion reflects a profound misunderstanding of the qualities that define what it means to be a “strong” woman and completely misses the mark with respect to the president.

According to Lorri Sulpizio of the Women’s Leadership Academy at San Diego University, there are eight qualities that strong, or highly successful, women exhibit. These include: an optimistic attitude; persistence; a strong and powerful voice; living with passion and purpose; a strong sense of self and confidence; embody and embrace change; authenticity; and seeking and receiving support.

With these qualities in mind, one can only question how the recent interaction between Trump and Midler compelled the panel to conclude that Trump somehow fears “strong women.” In this case, Midler tweeted out a false statement allegedly made by Trump and subsequently criticized the president (in another tweet) after she was called out for spreading misinformation.

Understandably, the president forcefully responded to Midler’s false tweet and personal attacks. Based on this interaction, the panel concluded that Trump hates strong women.

The panel’s conclusion is illogical for several reasons. First, Trump’s reaction to Midler’s statements was based entirely on what she said, which was, in part, untrue.

Second, the panel fails to explain how the term “strong woman” is defined. Is the panel insinuating that Midler is a strong woman because she willingly tweeted out a false statement about the president and subsequently criticized the president despite knowing that the information was false? Perhaps the panel felt that Trump should have simply remained quiet, despite Midler’s unprovoked attack on his character?

Undoubtedly, and no matter how you cut it, the act of criticizing the president of the United States simply because you don’t like him, or his policies, isn’t a sign of strength. To the contrary, a description of some of the truly strong women throughout history can be found in a 2015 article by entrepreneur John Rampton in Inc. magazine.

The panel’s conclusion is further eroded by looking at the people whom he has hired to date. The president has a history of hiring strong, successful women to work in very high-level positions, and of working closely with them.

As reported in March in the Washington Examiner:

“At the beginning of the third year of his first term as president, Trump has seven female top advisers, as compared to five for Obama, three for Bush, and five for Clinton at that point. He had eight as of December 2018, when United Nations Ambassador Nikki Haley departed the administration.

Nielsen resigned in April. Other female cabinet appointees include Secretary of Education Betsy DeVos and Secretary of Transportation Elaine Chao.

Trump has also nominated more women to powerful positions in recent months, including U.S. Attorney for the District of Columbia Jessie Liu for associate attorney general (though she withdrew herself from consideration) and U.S. Ambassador to Canada Kelly Craft for U.N. ambassador—and has announced he intends to nominate U.S. Treasurer Jovita Carranza as leader of the Small Business Administration, and businesswoman and diplomat Barbara Barrett as Air Force secretary.

The fact that Trump has and continues to hire top-notch women for various high-level positions reflects how much he values their personal accomplishments and trusts their abilities. He doesn’t fear or hate strong women. Rather, he welcomes them with open arms and treats them as equals.