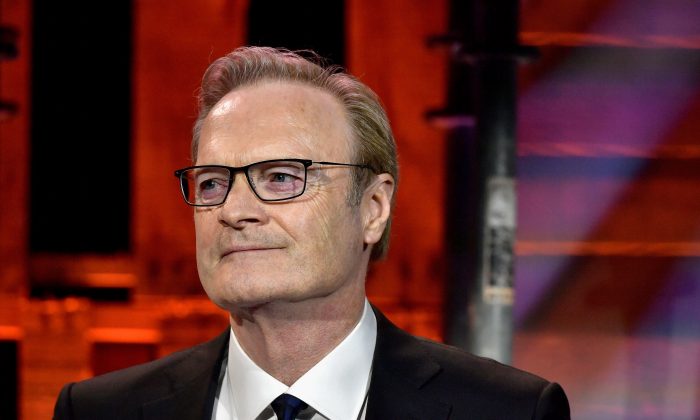 MSNBC host Lawrence O’Donnell retracted a report he made on-air, saying he was wrong to spread unverified information.

“Last night on this show I discussed information that wasn’t ready for reporting. I repeated statements a single source told me about the president’s finances and loan documents with Deutsche Bank. Saying ‘if true’ as I discussed the information was not good enough.”

“Had it gone through that process, I would not have been permitted to report it,” O’Donnell said.

“I should not have said it on air or posted it on Twitter. I was wrong to do so.”

O’Donnell noted that his retraction only came after an attorney for President Donald Trump threatened legal action against NBC Universal, which owns and operates MSNBC, if the information was not retracted.

“Tonight, we are retracting the story,” O’Donnell said.

The host then claimed that he couldn’t say if the unverified information he put forth without going through the standard process was not true.

“We don’t know whether the information is inaccurate, but the fact is we do know it wasn’t ready for broadcast, and for that I apologize,” he said. The on-air apology followed a written admission of erroneous judgment earlier Wednesday.

NBC Universal has not announced whether O’Donnell will face repercussions for the information he’s had to retract. The company did not answer a request for comment from The Epoch Times.

O’Donnell made the explosive claims while appearing on MSNBC on Aug. 27. He said that Trump obtained loans from a bank and that the loans were co-signed by Russians.

“I may have some information, in this next hour, which would add a great deal to their understanding of that, if true, and I’ll be discussing it here,” O’Donnell said. “I stress ‘if true,’ because this is a single source who has told me that Deutsche Bank obtained tax returns.”

He later added that the claim would “need a lot more verification before that can be a confirmable fact.”

O’Donnell also took to Twitter to post a missive about the unverified information, writing: “A source close to Deutsche Bank says Trump’s tax returns show he pays very little income tax and, more importantly, that his loans have Russian co-signers. If true, that explains every kind word Trump has ever said about Russia and Putin.”

An MSNBC producer later said that the source did not see the documents themselves.

MSNBC and NBC News have been at the forefront of pushing the conspiracy theory that the president colluded with Russia during the 2016 presidential election, regularly publishing stories and reporting information on air with dubious origins.

Just before special counsel Robert Mueller released his report saying his team couldn’t establish any collusion, for instance, former CIA director John Brennan appeared on MSNBC and claimed some of the president’s family members would be thrown in jail.

O’Donnell’s report prompted a letter from Charles Harder, an attorney for Trump who has won judgments against or settlements from Gawker in the Hulk Hogan case, the Daily Mail in the FLOTUS case, and Stormy Daniels in the Trump case, among others.

In the letter to NBC Universal, Harder wrote: “These statements are false and defamatory and extremely damaging. The only borrowers under these loans are Trump entities and Mr. Trump is the only guarantor.”

“Numerous documents for each of these loans are also recorded, publicly available, and searchable online. Thus, actual malice can easily be proven based on your reckless disregard of the truth and unreasonable reliance on an alleged ‘source’ who you will not even identify in your story and likely is seeking to mislead you and the public for political reasons or other ulterior motives.”

Harder demanded that the company retain and not delete any physical and electronic data related to the unverified claim, including O’Donnell’s tweet. That missive remains online.