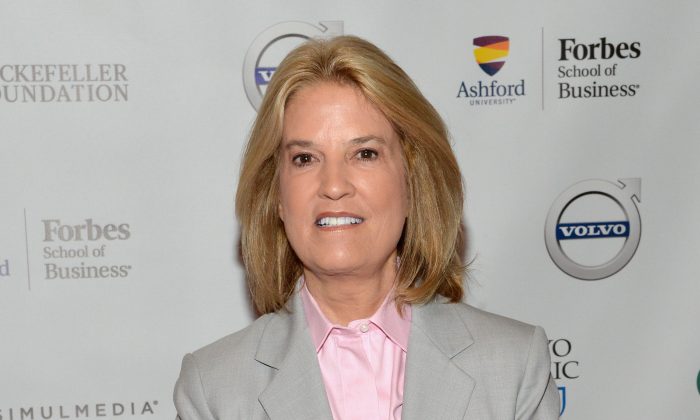 Greta Van Susteren was let go by MSNBC less than six months after she started her 6 p.m. show at the cable network.

She broke the news on Twitter on Thursday. The network announced it later that day.

A source told CNNMoney that Van Susteren wasn’t given prior notice before being fired.

She was told she wasn’t confrontational enough, the source said.

Van Susteren landed the MSNBC job after a 14-year run at Fox News. Prior to that, she had a show on CNN.

Her 6 p.m. show, “For the Record,” is to be replaced with a different show hosted by Ari Melber, MSNBC’s chief legal correspondent who already hosts his own weekend show, “The Point.”

Fox News noted that Melber is more reliably left-leaning, having been a former politician who worked on John Kerry’s presidential campaign in 2004 and as an aide to Sen. Maria Cantwell, (D-Wash.) before going to law school and entering the media business.

“MSNBC and Greta Van Susteren have decided to part ways. Greta is a well-regarded television veteran and one of only a few broadcasters who can say they’ve hosted shows at all three major cable news networks. We are grateful to her and wish her the best,” MSNBC President Phil Griffin said in a memo to staff, according to CNNMoney.

Van Susteren’s Twitter was flooded with responses since the news came out and she took time to respond to dozens of them. Many praised her for being a rare moderate voice in the media.

On June 25 she started a GoFundMe campaign to raise $275,000 for a CT scanner for a hospital in Liberia.

After previously helping a Liberian cancer patient, Van Susteren learned there isn’t a single CT scanner in Liberia and so decided to provide one.

On Thursday, she replied to several negative Twitter comments by asking the commenters to support the project.