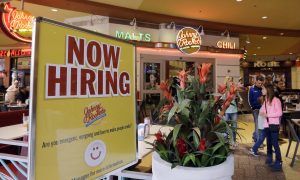 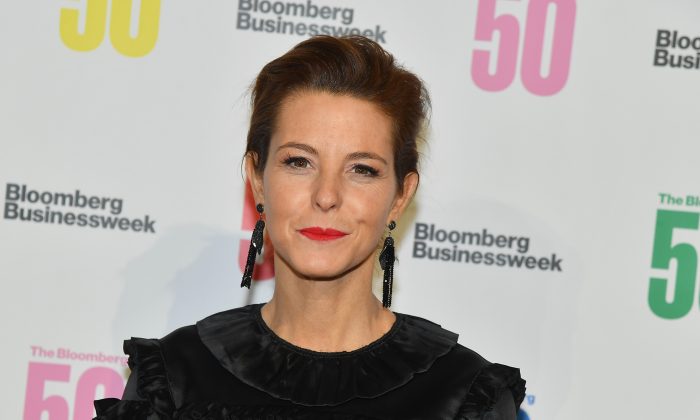 MSNBC anchor, Stephanie Ruhle, claimed that it was “about time” that America goes through a recession, saying during “MSNBC Live With Hallie Jackson” on Aug. 19: “A recession is okay.”

“A recession is a normal part of economic activity. We see them—upturns and downturn,” Ruhle said.

“A recession doesn’t mean it’s a crisis. But if you’re a sitting president, you don’t necessarily want a recession…You want people feeling good. But seeing that we have been in economic expansion for the better part of 10 years, it’s about time we get a recession.”

She claimed President Donald Trump had underdelivered on his economic promises, saying: “The fact that the Fed has already cut rates to try to extend this economic expansion, you think that would breathe more life into it—and just remember, one of the reasons the economy has extended in positive growth for this long is the massive corporate tax cut that the president gave us a year and a half ago.”

“He said that would result in GDP boom in business investment, three, four, five percent growth. We’re at 2.1 percent,” she said. “So when the president says this is the best economy ever, it’s not. And if we did face a recession, it would be normal and it would be ok.”

Ruhle is the latest media figure to indicate support for a recession. HBO’s Bill Maher has twice called for a recession, hoping it would lead to Trump’s ouster.

“I’ve been saying for about two years that I hope we have a recession and people get mad at me,” said Maher, a multimillionaire, on his show. “I’m just saying we can survive a recession. We’ve had 47 of them. We’ve had one every time there’s a Republican president! They don’t last forever, You know what lasts forever? Wiping out species!”

Trump’s 2020 campaign manager Brad Parscale hit out at Ruhle, writing on Twitter: “.@MSNBC giddily talked about a recession this morning and even said a recession would be OK!”

“The liberal media is so deranged by President @RealDonaldTrump that they’re now cheering for the economy to tank—sorry to disappoint Democrats, but the economy has never been stronger!” he said.

“Business owners and hard-working Americans tell us every day how great the economy is under President Trump. But now the Left is openly wishing for a “recession!” It’s the clearest example yet: Democrats are desperate to stop the President, even if it hurts America,” added Rep. Jim Jordan (R-Ohio.).

Business owners and hard-working Americans tell us every day how great the economy is under President Trump.

But now the Left is openly wishing for a “recession!”

It’s the clearest example yet: Democrats are desperate to stop the President, even if it hurts America.

Numerous headlines have appeared recently claiming there are “fears” and “risks” of a recession happening, citing a survey of some economists, declining RV sales, and a big bond selloff last week, among other supposed indicators.

On the contrary, the market rebounded this week, most of those surveyed (pdf) said a recession likely will not happen until 2021, and others have noted that it’s difficult to predict when a recession hits.

A number of media figures predicted an economic disaster if Trump were elected in 2016—most notably, the New York Times’ Paul Krugman—but have been proven wrong.

Trump told reporters over the weekend that he doesn’t think a recession will happen.

“I don’t see a recession. I mean, the world is in a recession right now. And—although, that’s too big a statement,” he said, before noting China is “doing very, very poorly.”

Pressed by a reporter about if his administration is prepared for a recession if it does happen, Trump added: “Honestly, I’m prepared for everything. I don’t think we’re having a recession. We’re doing tremendously well. Our consumers are rich. I gave a tremendous tax cut, and they’re loaded up with money. They’re buying. I saw the Wal-Mart numbers; they were through the roof, just two days ago. That’s better than any poll. That’s better than any economist.”

“But the rest of the world is not doing well like we’re doing. The rest of the world, if you look at Germany, if you look at European Union; frankly, look at the UK—I mean, look at a lot of countries—they’re not doing well. China is doing poorly. Parts of Asia are doing poorly. We are doing better than any country, or even area, anywhere in the world. We’re doing great. And our consumer is really, really strong, and it looks like they’re going to be for a long time.”

Our economy is the best in the world, by far. Lowest unemployment ever within almost all categories. Poised for big growth after trade deals are completed. Import prices down, China eating Tariffs. Helping targeted Farmers from big Tariff money coming in. Great future for USA!

Trump also took to Twitter, writing: “Our economy is the best in the world, by far. Lowest unemployment ever within almost all categories. Poised for big growth after trade deals are completed. Import prices down, China eating Tariffs. Helping targeted Farmers from big Tariff money coming in. Great future for USA!”

One of Trump’s economic advisors, Larry Kudlow, said on Sunday that “there’s no recession on the horizon.”

“That’s about as good as it gets and I notice, at the end of the week, a lot of the Wall Street firms have been marking up their economic growth forecasts. I think we’re in pretty good shape and I want to just say you know, we should not be afraid of optimism. I don’t know what it is, everybody wants to talk about pessimism, recession.”