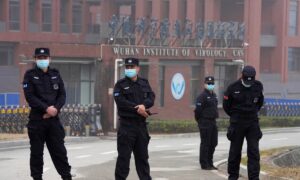 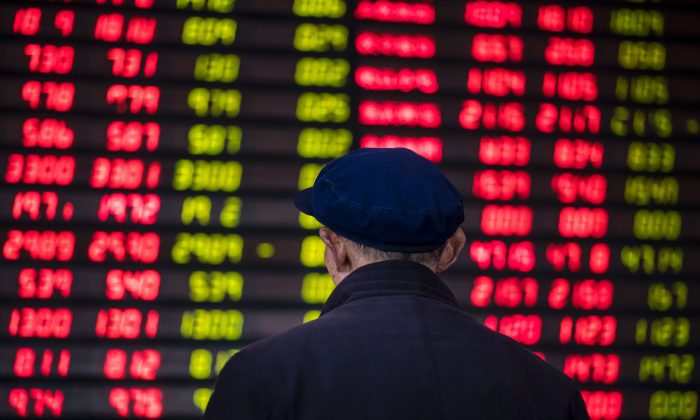 An investor looks at an electronic board showing stock information at a broker in Shanghai on March 16. (Johannes Eisele/AFP/Getty Images)
China

After three straight years of rejection from the prestigious and widely benchmarked MSCI Emerging Market Index, Chinese domestic A-shares may finally make the list in 2017.

Kicking off its annual review, MSCI sent a revised proposal to fund managers that could pave the way for Chinese onshore stocks to be included in the coveted index.

But even if Chinese A-shares do receive the green light from MSCI—a decision is expected in June—their inclusion cannot be considered a triumph for most Chinese issuers. The latest proposal cuts the number of companies from 448 to 169, and only gives Chinese A-shares a 0.5 percent weighting in the index. It’s a symbolic gesture, at best.

Theoretically, the inclusion of Chinese A-shares in the Emerging Market Index will funnel more foreign money into the $7 trillion Chinese stock market and give onshore markets more credibility amongst global investors.

But MSCI’s latest proposal is extremely watered down for Chinese companies. The new recommendation abandons the previous proposal based on Beijing’s Qualified Foreign Institutional Investor (QFII) framework and will instead use a framework based on Hong Kong’s stock market connection with Shanghai and Shenzhen exchanges. This proposal, through the stock market connection, eliminates some of the restrictions inherent in the QFII framework such as investment quotas and eases others such as capital repatriation.

But the proposal also cuts the list of A-share companies from 448 to 169, which limits inclusion to only the large-cap companies that are already accessible today via the exchange connect. In practice, the proposal likely won’t subject a larger swath of the Chinese market to foreign investor scrutiny—only the biggest companies already exposed to global investors will be included.

Under the new consideration, yuan-denominated A-shares would only make up around 0.5 percent weighting within the Emerging Market Index, half of the previously proposed level. In addition, the offshore yuan will be used for calculations, as opposed to the onshore yuan.

Another stipulation by MSCI is that all companies whose stock has been suspended for more than 50 days would be excluded from the index. Two years ago during China’s stock market crash, more than 1,000 companies suspended trading of their shares.

“It feels like the MSCI is making a concession, making it easier for A-shares to be included, so I think the move boosts the possibility,” Hao Hong, equity strategist with Bocom International Holdings Co., told Bloomberg in a report.

But while the move increases the likelihood of inclusion within the MSCI Emerging Market Index, much of the benefit under the original proposal would be eliminated. MSCI will make the final determination in June, after feedback from fund managers.

There’s an annual review to determine whether new geographies should be added. The last new inclusion occurred in 2014, when the United Arab Emirates and Qatar were added to the index.

Currently, Chinese companies consist of a little more than 25 percent of the MSCI Emerging Market Index. However, those companies are all listed in Hong Kong or the United States through ADR (American depository receipt) shares. China A-shares, or domestic listings denominated in onshore yuan which make up the majority of the Chinese stock markets, are not part of the index. A-share stocks are usually traded on the Shanghai and Shenzhen stock exchanges. Until the cross-border trading link Hong Kong-Shanghai Stock Connect began operation in late 2014, foreigners were largely barred from owning Chinese A-shares.

Two years ago, Beijing’s increased support of Chinese A-shares and an expectation of more international investment helped fan the flames of a market frenzy in the spring of 2015. The Chinese stock market bubble burst a few days after MSCI announced that China wasn’t yet ready for inclusion.

Since then, China had been slowly loosening market restrictions as its currency has gained greater acceptance worldwide, and it created the QFII scheme to allow foreign firms the ability to access Chinese capital markets. A new stock market connect was opened between Hong Kong and Shenzhen—its second biggest stock exchange—in late 2016.

But MSCI’s decision last year to reject A-shares’ inclusion was still a surprise to some investors, as Goldman Sachs, Citigroup, and HSBC all expected China A-Shares to join the global index.