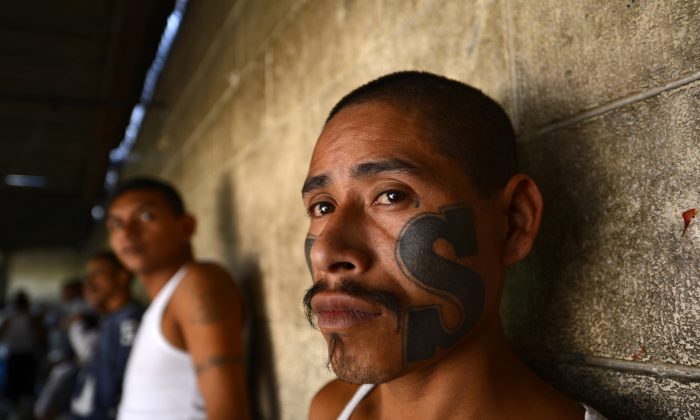 Frustrated leaders of the notorious street gang MS-13 are feeling the pressure from the Trump administration and are looking to send “younger, more violent offenders” to the United States, officials say.

Stephen Richardson, assistant director of the FBI’s criminal investigative division, told the House Committee on Homeland Security in a meeting on Jan. 18 that the mass arrests and imprisonment of MS-13 members and mid-level leaders over the past year have frustrated the gang’s leaders, reported VOA News.

“They’re very much interested in sending younger, more violent offenders up through their channels into this country in order to be enforcers for the gang,” Richardson said, reported the news website.

The committee’s chairman, Peter King, said his staff recently visited El Salvador and were told by local authorities that the gang leaders—which mostly operate out of prisons in the Central American country—were frustrated because MS-13 members in the United States “are not violent enough,” reported VOA news.

MS-13, or Mara Salvatrucha, is known for its violence and has been targeted for elimination by the Trump administration. One of its mottos is “Mata, roba, viola, controla” or “Kill, steal, rape, control.”

Most MS-13 members hail from El Salvador and the vast majority are in the United States illegally. Gang members use the unaccompanied minor program as a recruiting pipeline into the United States.

Children under 18 who cross the border illegally into the United States usually seek out Border Patrol so that they can get processed and sent to the Office of Refugee Resettlement, which is part of Health and Human Services.

The minor is then placed with a sponsor, who is often a parent or relative who is already in the United States illegally.

Often, minors who are not part of MS-13 when they enter the United States become prime targets for recruitment into the gang—especially if they have family members back home that gang members can threaten to hurt.

According to the Justice Department, MS-13 has 40,000 members globally, with around 10,000 in the U.S. carrying out crimes ranging from extortion to gun trafficking, reported Fox News.

“We’re looking at the information we’re getting and doubling down our efforts against MS-13,” Raymond Villaneuva, an assistant director for ICE, said in response to King’s comments.

The gang is also responsible for a number of brutal murders in the United States. On Jan. 8, a teenage MS-13 gang member, Venus Romero Iraheta, was convicted of stabbing a 15-year-old girl 13 times and slicing off her tattoo.

Police arrested 18 young people in connection with the murder of the teen, which attracted national attention to the gang’s violence.