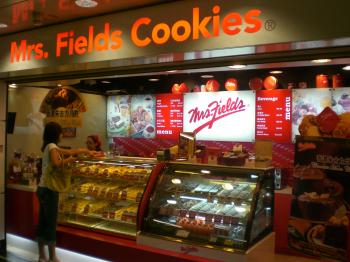 The cookie shop reported its bankruptcy intentions in a filing with the U.S. Securities and Exchange Commission (SEC) on Aug. 15. The filing also contains provisions for repaying $200 million in debt and restructuring of the company.

“Many of our competitors have greater resources or more favorable business models than ours with which to attract new investors and procure sites,” Mrs. Fields said in the filing. The company primarily operates chain stores in suburban shopping centers and malls, and is currently unable to sell or develop new franchises due to its financial condition.

The company’s sales also rely heavily on consumer discretionary spending patterns. “In recent years, we believe visits to major shopping malls, where the majority of our bakery franchisees’ stores are currently located, have experienced periods of decline. This trend has had a negative impact on our revenues,” the company announced.

The recent rise in ingredient and commodity prices—such as prices for flour, sugar, and wheat—have hurt the company. The company disclosed, “Significant price increases may in turn contribute to decreases in customer counts … and we may not be able to pass trough any cost increases to our customers.”

The company’s frozen yogurt and ice cream chain, TCBY Treats, has seen strong competition in recent years from Baskin-Robbins and independent as well as gourmet stores. Mrs. Fields purchased the TCBY brand in 2000.

“The specialty and snack food industry is affected by changes in consumer preferences, tastes and easting habits,” the company said. “We believe our TCBY brand has struggled to stay relevant and differentiated from its competitors.”

Mrs. Fields reported a $10.7 million loss last quarter, and also disclosed closure of a number of franchises since 2004.